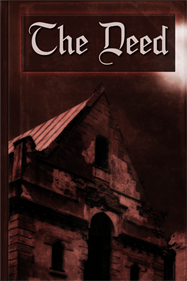 A keenly dark twist on the traditional murder mystery setting, The Deed is an Adventure/RPG game about getting away with murder. Arran Bruce, the rightful heir to Dunshiel House, returns to his family home after discovering that his abusive father has decided to disinherit him from his Will in favour of his sadistic, deranged young sister. In a fit of anger and greed, Arran has decided to remove his sister from the equation in order to restore his own inheritance. Can he manage to get away with such a foul deed?

One year after the events of Episode I, Captain Pilgrim is once again carrying a shipload of passengers between star systems. This time her guests include a mysterious priestess, a wayward youth and a robotics genius. Little does she know that this latest journey will set her off on another hazardous adventure, involving a shadowy government organisation known as the Jackals ...

Locked away in the most secure prison in the galaxy, with little hope of escape, Gail Pilgrim faces the most difficult ordeals of her life. Her only hope lies in trusting those who she has come to regard as her friends. Old enemies return and buried truths resurface in this final installment of the epic Space Pilgrim saga.