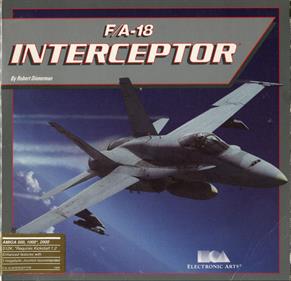 F/A-18 Interceptor is a flight simulator in which you can fly either a F-16 Falcon or a F/A-18 Hornet jet. The game is set in the Bay Area; you can either just fly around, perform several maneuvers, or fly one of six missions that are set in the Cold War. In those missions, you have to protect the president's Air Force One, intercept enemy aircraft, rescue a downed pilot, and save the city of San Francisco from being blasted into oblivion by a nuclear cruise missile.