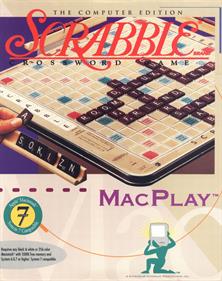 Deluxe Scrabble gives lets you play against 9 skill levels of computer opponents, or another human player. The game also allows for an Arbitrator who can view all players' racks as well as edit the board. There is a timer that you can activate to increase the challenge... there are 13 settings from 10 seconds to 1 hour per turn, as well as off. The game also has two word lookup features for finding words that your letters can create. Both features use the Official Scrabble Dictionary, where you can also view and edit the definitions. 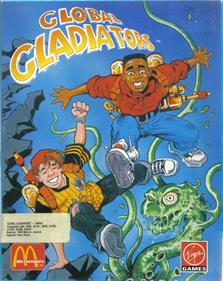 Global Gladiators is a platform game licensed from fast food chain McDonalds. While playing through the game's 12 levels you'll notice McDonalds logos, burgers and all sorts of family restaurant type stuff as you take Mick and Mack (the game's protagonists) on a journey to clean up "Monsters of Slime World", "Toxi-Town" and more. 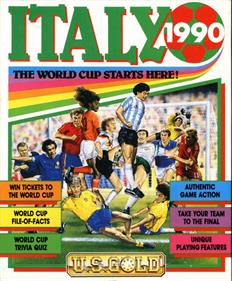 World Class Soccer is a soccer (football) game that ties in with the 1990 football World Cup. The game uses a top-down perspective for matches and features the full World Cup structure and all the 24 teams who were involved. Multiple formations and team selections are available before each match. The ball sticks to the feet of the players, who can be tackled either by doing a block tackle, or attempting a slide tackle, which risks giving away a foul. Matches can vary between 4 and 90 minutes, and each player has differing skills and behaviour style depending on his team's relative ability.