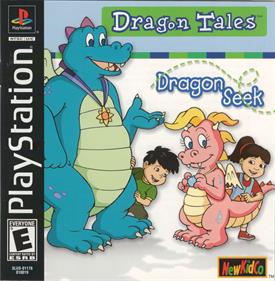 Dragon Tales: Dragon Seek is an interactive product that is part of the encompassing multi-media project centered on the PBS television series Dragon Tales. The game features puzzles and activities designed to encourage creative problem-solving and bolster self-confidence in pre-schoolers. Like the television show, Dragon Tales: Dragon Seek teaches kids to understand their fears and to look forward to learning from new experiences, even when things do not turn out exactly as planned. Emmy, Max, and many of their dragon friends are featured throughout the game.