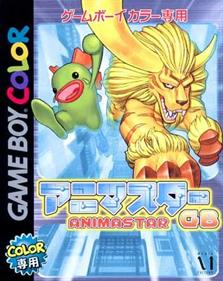 Animastar (アニマスター?) is a life simulation game released on the Dreamcast, and was only released in Japan on June 15, 2000. It is similar to other games such as Monster Rancher and Pokémon. The goal of the game is to breed, train and race monsters named "anima." A follow-up on the Game Boy Color, Animastar GB, was released in Japan on March 30, 2001.