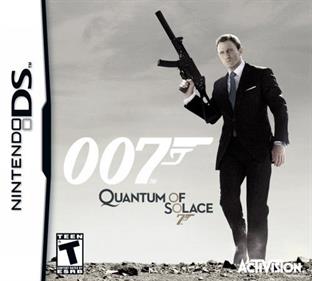 The game begins with James Bond in Lake Como, Italy where Bond is sent to abduct Mr. White from his home. After fighting the resistance at the White estate, Bond successfully escapes with White. White is taken to Siena, Italy, where Bond and M interrogate him for information regarding Quantum, an organization unknown to MI6 at the time. White escapes with the assistance of M's bodyguard, Mitchell, who is revealed to be a traitor. Bond chases Mitchell through the rooftops and engages him in combat, where Mitchell is pushed by Bond into a fall resulting in Mitchell's death. 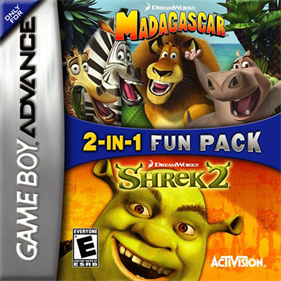 Shrek 2 takes players on a crazy adventure with Shrek and his buddies. Gamers revisit scenes from the movie sequel while discovering all-new locations and characters. Shrek 2 for the Game Boy Advance combines puzzle elements with traditional action-platform gameplay and allows players to build up a team of three characters and use each one's ability to get through tasks, solve puzzles and fight monsters. Fun-filled mini-games allow fans to embark on adventures with Shrek, Donkey, Puss in Boots and Gingerbread Man. Madagascar is based on the highly anticipated animated feature film from... 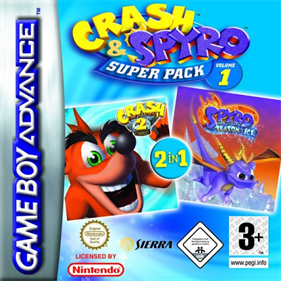 Crash Bandicoot 2: N-Tranced remains faithful to its predecessors, comprising dozens of into-the-screen, out-of-the-screen and side-scrolling levels. Crash has developed a couple of new-found abilities this time around including a new rocket-jump and a super-slide. Gameplay is largely the same as other Crash platformers - run, jump, kill enemies, collect apples and smash as many of those crates as you can. There are 40 levels in this outing and an additional three types of crates to expand gameplay that little bit further. The game world is especially varied this time around. The old beach... 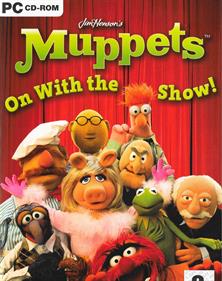 Muppets: On with the Show!

Help the irresistible Muppets keep the show going, even when the rats steal Swedish Chef's cooking ingredients, Bunsen and Beaker's experiment is out of control, and a giant Jurassic pig invades the stage! 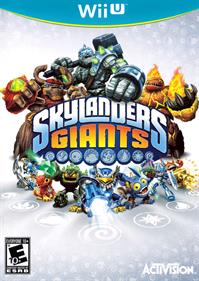 Skylanders Giants is the second game in the Skylanders series and the direct sequel to Spyro's Adventure. Kaos, previously defeated by the Skylanders, finds himself in a toy store on Earth. He finds a portal and goes back to an era where Arkeyans, an evil robot race, ruled the Skylands. Like the previous game, it uses figures which through an accessory called 'Portal' allow to play as the character in the game. The original figures are compatible with the game, but new series of stronger characters are introduced. One of the new characters are the eponymous Giants. These are larger than... 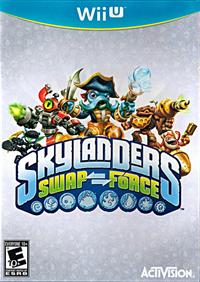 When the Volcano of Cloudbreak Islands erupts, elementals perform a magic ritual. It is during a battle against the forces of evil who attacked during this ritual that sixteen Skylanders acquired a new power: they are now able to swap their top and lower halves with each other. These new Skylanders now have joined Flynn and the others in the task of protecting Cloudbreak Islands from Kaos, under the request from Woodburrow's villagers. The game starts when a girl from Woodburrow lands on Flynn's ship to request the Skylander's help. The player must first protect the ship from waves of...

In Synnergist the player takes the role of Tim Machin, an ambitious young journalist forced by cruel circumstances to work for a trashy tabloid newspaper. Set in the year 2010, the game puts the player on the streets of New Arhus—a city of extremes, crammed with both cutting edge technology and the decaying remnants of a once proud past. Very soon, Tim finds himself on the trail of a sinister force that appears to be connected to the crime and killing... Synnergist is a classic point-and-click 3rd-person adventure which features digitized actors (almost 70!) and full motion video. 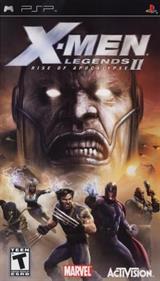 The mutants from the Brotherhood and the X-Men try to forget their differences since a common enemy has appeared - the dreaded Apocalypse. His plan involves kidnapping mutants, and, with the help of the mad geneticist Mr. Sinister, extract their powers and use them to make himself even more powerful. At first, the heroes must rescue Professor X, who has fallen into the clutches of the enemy. However, when Apocalypse kidnaps Magneto's son Quicksilver, the leader of the Brotherhood is determined more than ever to team up with his former foes and stop Apocalypse's evil plans. X-Men: Legends II...