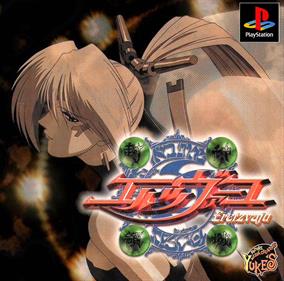 Evil Zone is a 3D / 360 degree movement anime style fighting game. It has Story Mode, One Player Battle Mode, VS Mode, Survival Mode, and Practice Mode. You have 8 characters to choose from (and you can unlock more). Each character in the Story Mode is treated like a different TV Show complete with voice intro of the beginning of the episode and previews of the next episode / fight. The "TV Show" varies from non-serious comedy to very serious depending on the character.