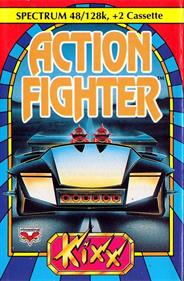 You have been charged with five highly dangerous missions to destroy the enemies attack force. Combat takes place in enemy territory on the ground and in the air. For this purpose you will make use of the latest top secret transforming vehicle. You begin as a motorcycle. You may then collect four parts (represented by A B C D icons) which will change the motorcycle into a car. The icons will appear depending on the number of enemy vehicles you have destroyed. When you change into the car, pressing the SPACEBAR will transform you back into the motorcycle and vice versa. Changing... 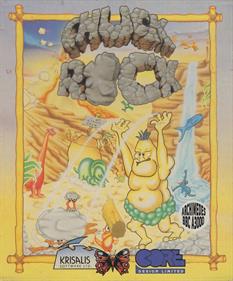 Chuck Rock's wife, Ophelia Rock, is kidnapped by the village wierdo, Gary Gritter. Chuck is rather upset about this and you have to help him make things right. The game is a side-scrolling platformer. Chuck fights a variety of dinosaurs using his belly-buster attack and a jump kick. Occasionally he has to pick up and throw rocks to defeat enemies and allow him to jump to greater heights. 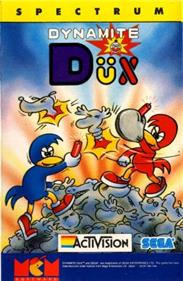 Side-scrolling beat 'em ups in which you must rescue a trapped female friend are nothing unusual. Being able to use direct-combat moves as well as collecting bonus weapons, and food for energy recharging, is pretty typical as well. Games of this type that were converted from the arcade to home computers are particularly commonplace - Renegade and the Double Dragon series are famous examples. Where this one stands out, however, is the setting of your character as a duck called Bin, and with motion having a clear waddling appearance. The enemies to fight are all from the animal kingdom, but... 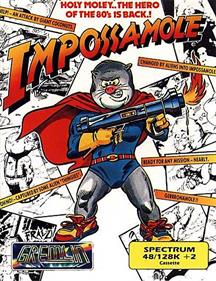 Monty lay back on his sun lounger and contemplated his situation. His previous adventures had financed these last few years of utter bliss. He had everything that a mole could want. His own island in the sun, more money than a mole could ever spend - paradise! Listening to the clear blue sea lapping at his furry feet, he surveyed his surroundings and saw nothing but unspoiled beauty. In the last few days, thoughts had appeared in his mind - he somehow missed the days of his adventuring. Monty closed his eyes and decided to take forty winks. Then the sun seemed to dim on his eyelids. "Just a... 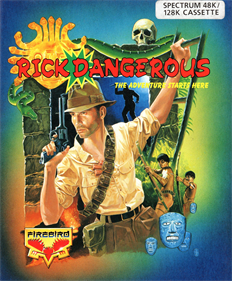 The adventure starts here ... Will Rick Dangerous, intrepid Super Hero and part-time stamp collector, survive his first mission in the Aztec temple of the tribe? Should he do so, Rick will face new hazards in the Egyptian tomb and the enemy fortress. 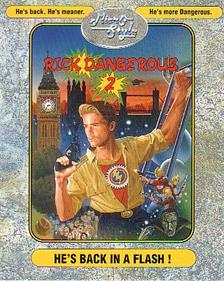 Back in a Flash and as fearless as ever! Rick Dangerous, intrepid Super Hero and part- time stamp collector is back after having tackled the Fat Man in his first great adventure. The Fat Man has returned and Rick must once again do battle to save the Earth from villainous aliens. If he survives the first part of the mission in the space shit at Hyde Park, London, Rick will face new hazards in the Ice Caverns of Freezia, the Forests of Vegatablia, the Atomic Mud Mines and, finally, confront the Fat Man at his head-quarters on the planet Barf. 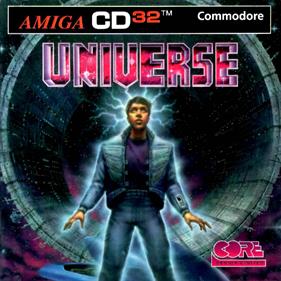 You are Boris Verne, a normal guy who is been cast in a parallel universe because of your uncle's Virtual Dimension Inducer. There you'll have to find the fabled lost star as well as a way to defeat the Golden King... This is a classic old-style adventure game with a point&click interface. It uses the Rotoscope system to manage game characters and scores really beautiful 256-colour graphic.