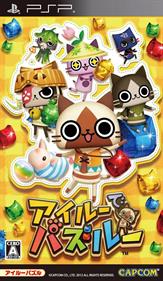 Airu village has been rather quiet these days, and the elder is feeling lonely. To bring energy and activities back to the village, he uses the gem stones the Airus found in the mines to create a puzzle game. Welcome to the puzzle festival. The victor is getting his wish granted, so all the cats and even some of the monsters, such as Jingaoh and Iiankuk drop everything that they are doing to play. The rules are simple, just line up the gem stones around the bomb and blast them away before the screen chokes up. Every time you blast the stones away, you'll get a chance to send your opponents the...

Asteroids Deluxe is an arcade game released in May 1981 by Atari Inc. and is the sequel to Asteroids. It was followed by Space Duel in 1982 and Blasteroids in 1987. Key changes in Asteroids Deluxe were designed to combat the saucer-hunting strategy of Asteroids, which allowed experts to play for extended periods. The game is significantly more difficult than the original. 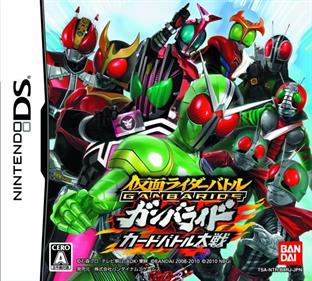 The Kamen Rider Battle: Ganbaride Card Battle War (仮面ライダーバトル ガンバライドカードバトル大戦 Kādo Batoru Taisen) was released on July 29, 2010, featuring a modified game system as there is no on-board card reader for the handheld. The player controls a fan of the Ganbaride game who has to use his or her ability at the game to work for the DOLL paranormal research group who have discovered a weird bug in the game system. Meanwhile, an evil organization called "Bug" has come forward to use this dangerous game mechanic to their advantage. 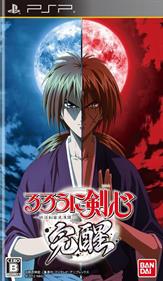 Rurouni Kenshin: Meiji Kenkaku Romantan Kansei is a PSP 2D fighting game released on August 30, 2012. The game is a sequel to Rurouni Kenshin Meiji Kenkaku Romantan Saisen and has similar gameplay and graphics. The creators claimed to have improved the gameplay for this game by taking complaints about the first one to heart. Just like the first game the first print contained. The game has a brand new engine and incorporates clips from the anime and all three OVAs. ::Characters:: - New: Sagara Sōzō Han'nya Takeda Kanryu Gein Kashiwazaki Nenji Tatsumi Okita Sōji Myōjin Yahiko... 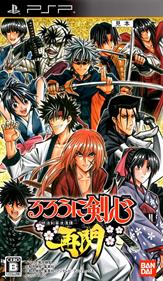 Meiji Kenkaku Romantan Saisen is a PSP game that was released on March 10, 2011. The first print of the game included an artbook, 15 PSP themes and an arkanoid game containing an alarm clock. The game was released to celebrate the 15-year anniversary of the anime series.

Space Duel is an arcade game released in 1982 by Atari Inc. It is a direct descendant of the original Asteroids, with asteroids replaced by colorful geometric shapes like cubes, diamonds, and spinning pinwheels. Space Duel is the first and only multi-player vector game by Atari. When Asteroids Deluxe did not sell well, this game was taken off the shelf and released to moderate success. 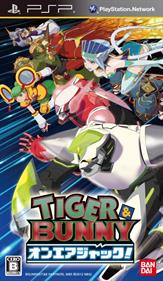 Tiger & Bunny: On-Air Jack! is an Action game, developed by NATSUME ATARI Inc. and published by Bandai Namco Games, which was released in Japan in 2012. 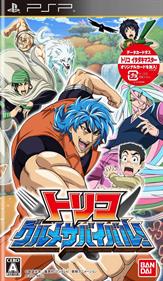 Toriko: Gourmet Survival! is an Action game, developed by NATSUME ATARI Inc. and published by Bandai Namco Games, which was released in Japan in 2011. 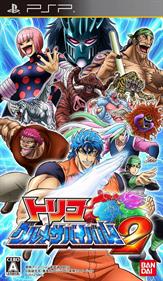 Toriko: Gourmet Survival! 2 is an Action game, developed by NATSUME ATARI Inc. and published by Bandai Namco Games, which was released in Japan in 2012. 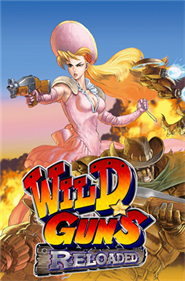 Wild Guns Reloaded welcomes back Clint and Annie, the dynamic shooting duo from the 1994 original game, as they prepare to blast their way through several levels of gangsters and big, bad biomechanical bosses while collecting loot and dodging gunshots and the occasional creeper with an old-fashioned knife. This time around, they’re joined by a pair of surprising new heroes: Bullet, an adorable long-haired dachshund who fights foes with a special robot drone, and Doris, a large gal whose expertise with explosives ensures that she isn’t going to be taking any crap from anyone.