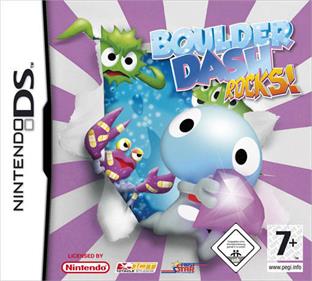 Rockford and friends are back on modern handhelds for a new adventure that builds on the action of the mid-'80s classic. The core gameplay is based on the 1984 original game. However, there are a number of new additions, including a ray gun with various powers and boss battles against Tentacle, which require a different strategy to regular levels. There are also new game modes.