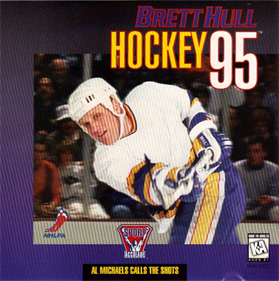 Motion-captured graphics made their first appearance in a hockey game with this Brett Hull license. Al Michaels provides a full running commentary, while a mode allowing the player to improve their game with Brett's help is also included. The game is viewed isometrically, with all the realistic fouls and gameplay situations included. Full pre-match analysis and forecasting is provided, as are post match statistics. 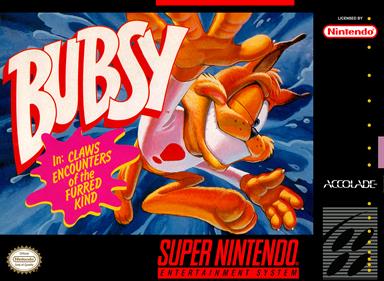 Bubsy in: Claws Encounters of the Furred Kind

"When you're a bankable star like me they don't skimp on the megs, no siree bobcat... 16 megs! 16 mondo megs of marvelous me pouncing outta' this cart - running, leaping, flying and falling all over your face!" "I'm Bubsy. I'm tryin' to save the Earth from Woolies. No, Woolies aren't what you get from wearing cheap underwear! Woolies are space dweebs in flying saucers out to purr-loin the earth's supply of yarnballs. But enough about them. Let's talk about me!" 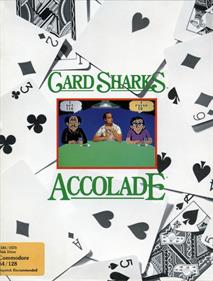 Card Shark is a a game about playing cards where the player can select from three different games: poker, hearts and blackjack. Poker is additionally divided into five card draw poker, seven stud poker and hold'em poker. He can play as up to three players from six available opponents featuring such characters as Michail Gorbachev, Ronald Reagan and Margret Thatcher. The aim is simple: the players start with a set amount of money each and the one who takes all the opponent's money wins. 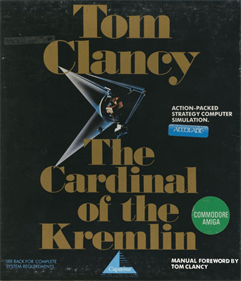 The Cardinal of the Kremlin

The Cardinal of the Kremlin is a global management simulation. It is the time of the Cold War. An American ground reconnaissance satellite discovers a strange structure near the northern border to Afghanistan. It is identified as project "Bright Star" - the Soviet laser ICBM defense system, capable of destroying satellites and airplanes with a beam of energy. At the same time, the USA is busy developing their own SDI project, code name "Tea Clipper". And as the race for the deployment of a space-based laser defense system begins, KGB and CIA agents swarm out to infiltrate the laboratories.... 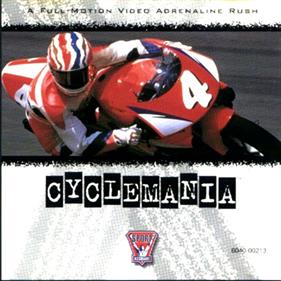 A motorcycle racing game. The concept behind this game is that all the tracks in the game are actual videotaped and digitized roads with 2d sprites serving as your biker and opponents as well as oncoming traffic and other obstacles. Includes a full screen vga mode and a windowed svga mode with an overhead map taking most of the screen. Gameplay modes include single race and a tournament of sorts, where you can customize your bike by changing it's tires, engine, etc. Also present are a lot of fmv scenes that play upon specific actions (like crashing). 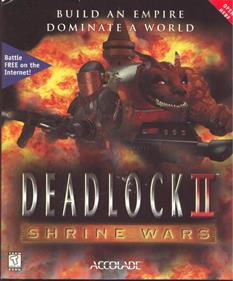 Deadlock II: Shrine Wars features turn-based gameplay that takes place on a planet map that ranges from around 1 to 9000 tiles, each presenting a region, or area of building. Players take control of each territory by colonizing it with a "Colonizer" vehicle or taking it from another player through military conquest. Each territory consists of a six-by-six grid in which buildings can be placed. Like most strategy games, Deadlock II: Shrine Wars uses natural resources and credits to pay for new units and buildings. Colonists are assigned to buildings to generate resources and research. These new...