Hot Wheels: Stunt Track Challenge is a video game developed by Climax Racing and published by THQ. It was released in November 2004 and appeared on PlayStation 2, Xbox, Game Boy Advance, and Microsoft Windows. It is the ninth instalment in the Hot Wheels series of video games. 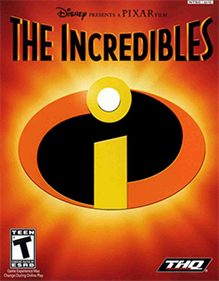 The Incredibles is a video game based on the film The Incredibles, released in 2004 by THQ for the mobile phones, OS X, Microsoft Windows, GameCube, PlayStation 2, Xbox and Game Boy Advance. Unlike most movie tie-in games, the game's music was composed by Michael Giacchino, who also scored the film. Also, Samuel L. Jackson is the only actor that reprised his role from the film, as the rest of the cast, including Craig T. Nelson and Holly Hunter, were replaced and can be heard only in the scenes taken directly from the film.

Scooby-Doo! Night of 100 Frights is a third person platform game with action elements that was developed by Heavy Iron Studios and published by THQ for the PlayStation 2, GameCube and Xbox consoles. The game was first released on May 20, 2002 in North America and was released later that year in PAL regions. It is the first Scooby-Doo! video game title to come to sixth generation consoles. The game became a Greatest Hits title in 2003. The game has a follow up titled Scooby-Doo! Mystery Mayhem. 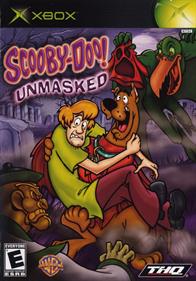 Fred brings the rest of Mystery, Inc. along to meet his cousin, Jed, who works at the Monstrous Fright & Magic. MFM is a special effects company that creates monster costumes with a special formula they invented called, “Mubber”, that makes the costumes seems so real that the wearer literally becomes the actual monster. When they arrive, they found the location in shambles. Winslow Stanton, the creator of Mubber and owner of MFM, told them someone has stolen the Mubber formula and by using it with their animatrons, destroyed the building and disappeared. He believes it is Jed’s doing because... 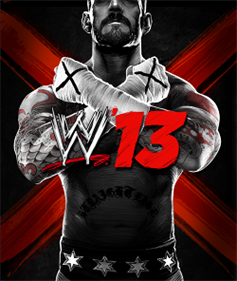 WWE '13 is a professional wrestling video game developed by Yuke's and published by THQ (later by 2K Sports) for PlayStation 3, Wii, and Xbox 360. It is the second game in the WWE (now WWE 2K) series and the 14th overall in the combined series. It is the sequel to WWE '12 and is succeeded by WWE 2K14. It was released on October 30, 2012, in North America and November 2, 2012, in United Kingdom. It is also the final WWE game to be published by THQ before the company's demise in January 2013, thus ending the WWE/THQ relationship after 13 years. 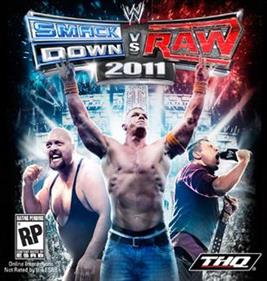