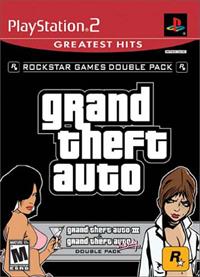 From the dark and seedy streets of Liberty City's underworld to the glamorous hedonism of Vice City in the 1980s. Two towns, each brimming with limitless delights and degradation, where anything can happen. Two criminal sagas of greed and desperation that will take you into the world of Grand Theft Auto. This collectible double-pack release (and entry in the Greatest Hits line) features two of the highest-selling PlayStation 2 titles from Rockstar: Grand Theft Auto: Vice City and Grand Theft Auto III. There are no additional features in the re-issue. 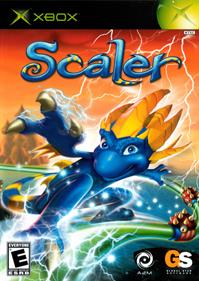 Scaler, also known as Scaler: The Shapeshifting Chameleon, is a video game released in 2004 by Take-Two Interactive and Global Star Software for the GameCube, Xbox, and PlayStation 2 video game consoles. The Xbox version is not compatible with Xbox 360. Scaler follows the story of a lizard-loving 12-year-old boy named Bobby "Scaler" Jenkins who accidentately stumbles across an evil plot to dominate the world through use of mutated lizards.