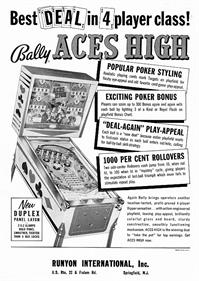 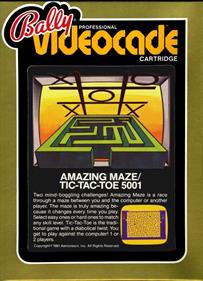 Two mind-boggling challenges! Amazing Maze is a race through a maze between you and the computer or another player. The maze is truly amazing because it changes every time you play. Select easy ones or hard ones to match any skill level. Tic-Tac-Toe is the traditional game with a diabolical twist. You get to play against the computer! 1 or 2 players. 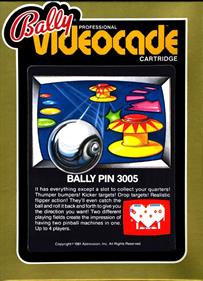 Bally Pin is a pinball game featuring two different tables. The game is played with two joysticks, with one controlling the two left flippers and the other controlling the two to the right. The game can be played by up to four players who take turns until all player have used up all of their five balls. The aim is simply to get the highest score. The two tables are similar but with slightly different layouts and both feature six bumpers (lit or unlit), drop targets, upper kicker targets and a spinner. The ball is meant to react as a real ball would when struck by a flipper with the speed and... 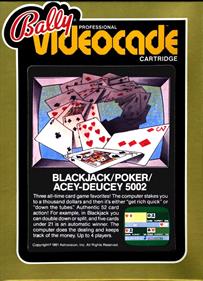 Blackjack/Poker/Acey-Deucey is a game compilation, that features 3 card games. Blackjack and Acey-Deucey can be played 1 or more players, while Poker doesn't feature single-player. 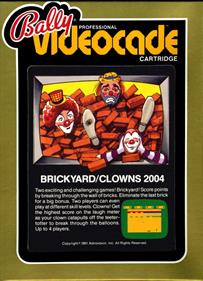 This cartridge offers a pair of games based upon the arcade classics Breakout and Clowns. Each game may be played by up to four players taking alternating turns. Up to 99 balls or clowns may be played. Brickyard is the Breakout influenced title. It features the familiar game play of using a paddle at the bottom of the screen to bounce a ball against bricks at the top of the screen. There are four different difficulty levels which adjust the speed of the ball and size of the paddle. Unlike Breakout, the ball in Brickyard builds up momentum with each hit. Clowns adapts the essence of... 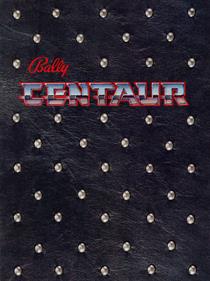 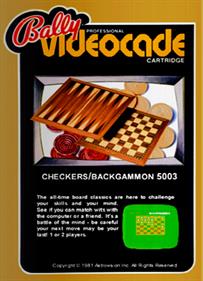 The all-time board classics are here to challenge your skills and your mind. See if you can match wits with the computer or a friend. It's a battle of the mind - be careful your next move may be your last! 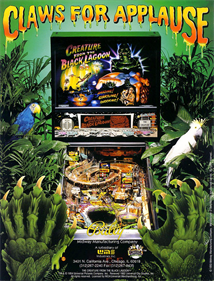 Creature from the Black Lagoon

Released in 1992, the Creature from the Black Lagoon pinball table got its theme from the classic movie of the same title, a film shot in 3D in the early 1950s. The table is set up as a drive-in cinema typical of the era, with features like a snack bar, a rude driver whose van blocks the screen, and of course the Creature, lurking in his lagoon. 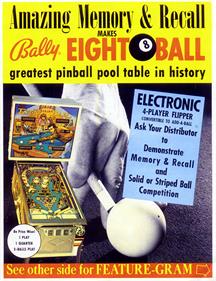 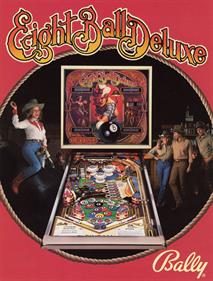 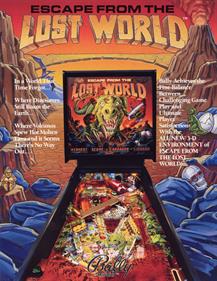 Escape from the Lost World 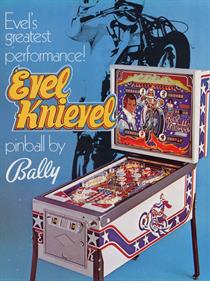 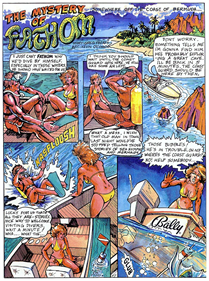 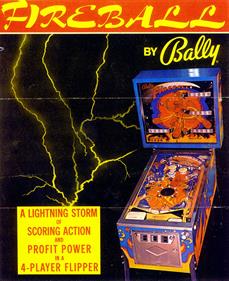 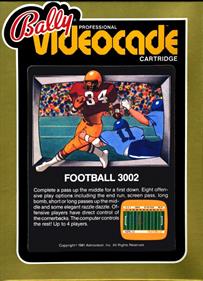 Complete a pass up the middle for a first down. Eight offensive play options including the end run, screen pass, long bomb, short or long passes up the middle and some elegant razzle dazzle. Offensive players have direct control of the cornerbacks. The computer controls the rest! Up to 4 players. 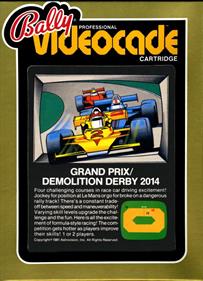 Grand Prix is a formula racing game played from a top down perspective. There are three different tracks that are all one screen in size. The controls simply involve accelerating and steering left and right with the aim of reaching the finish line first. The number of laps (1-99) and the difficulty level (pro or beginner) can be selected before a race. Pro differs in the speed of the cars. Demolition Derby is similar to Grand Prix but here the objective is to ram into the other cars until only one remains in the arena. Each car has a number of points (which is chosen by the players) and for... 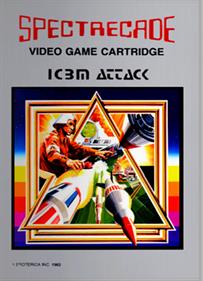 ICBM Attack is a variant of the arcade game Missile Command. Like in the arcade game the player's task is to protect a number of cities on the ground but here the attack does not come from missiles. Instead there are enemy ships that enter the screen one at a time and drop bombs on the cities. The player has access to three outposts on the ground that are fired individually and are used to shoot down the ships as well as their bombs. Each outpost has limited ammo and when it has run out no further shooting can be done from it. Points are scored for hitting bombs and ships and for completing... 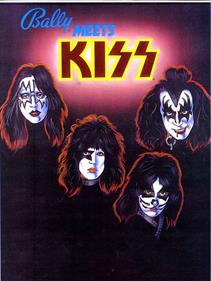 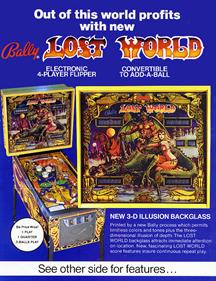 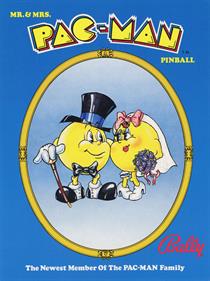 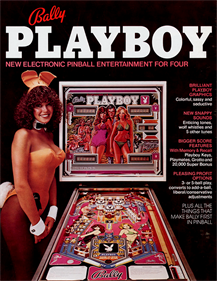 In 1978, Bally Manufacturing Co. released the first Playboy pinball machine. According to Pinside, this particular pinball has a production run of 18.250, making it the #4 most successful Flipper-Game of all time. The start-up and bonus score countdown music for the Playboy pinball machine is similar to the “Playboy’s Theme” from the 1969 “Playboy After Dark” television show. This game’s artwork was created by Paul Faris and the backglass features an illustration of Hugh Hefner with Playmates Patti McGuire and Sondra Theodore. Special Features on the Flyer: 5 Playboy Keys They... 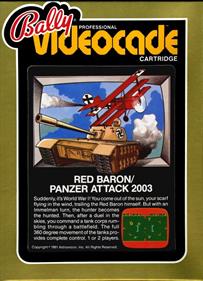 Red Baron is a dogfighting game played from a side perspective on a single screen. Both planes start rolling on the ground and have to lift before crashing into a barn. Once in the air the planes can be moved in all directions and it's also possible to alter the speed. The aim is simply to get as many kills as possible before the time runs out. The time limit is chosen by the players before starting out. Panzer Attack is a tank game viewed from a top-down perspective. All player share the same single screen which has a few blockades for protections. The tanks can move in all directions and... 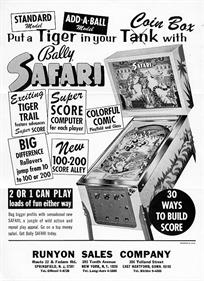 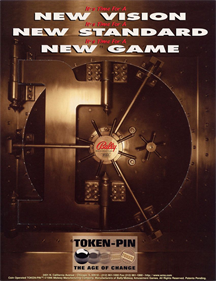 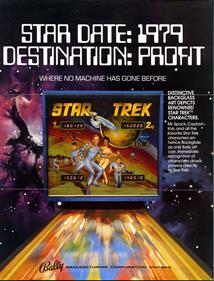 The playfield is identical in design to Bally's 1976 'Star Ship'. The first Concorde, the 001, flew its maiden flight on March 2, 1969 over France. The first commercial passenger flights took place on January 21, 1976 when a British Airways flight traveled from Heathrow to Bahrain at the same time that an Air France jet flew from Paris to Rio de Janeiro. But for a quarter, you could fly supersonic in 1979 and have the best seat in the house. 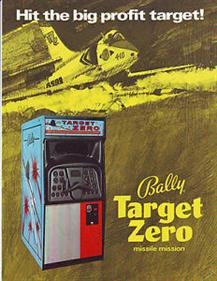 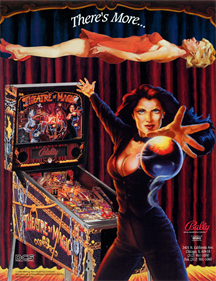 Main mission is to get to the "Grand Finale" by finishing: Theatre: The easiest sub-mission, simply complete "T-H-E-A-T-R-E" (which also lights Theatre Hurry Up) by shooting the left loop. Multiball: Collect Theatre Multiball (to light the locks in the inner loop, shoot the ramps to complete "M-A-G-I-C"). Midnight Madness: Advance the clock to Midnight (shoot right loop). Illusions: The hardest of the four goals. Shoot the trunk to light one of the following missions. Start them all to finish this sub-mission. Tiger Saw — Hit the Captive Ball for various... 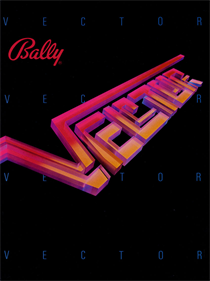 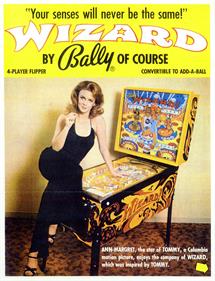 'Wizard' was inspired by the 1975 Hollywood movie 'Tommy' and included likenesses of Roger Daltry and Ann-Margret on the backglass. This was the last Bally EM game to have its knocker located in the lower cabinet. It was moved to the backbox in subsequent EM games. The Double Bonus playfield insert shown in the flyer is the color green, while actual playfields shown in this listing and elsewhere can have this insert as either green or blue. The reason for the two different colors is unknown to us. Wizard was the first pinball machine to use flip flags. 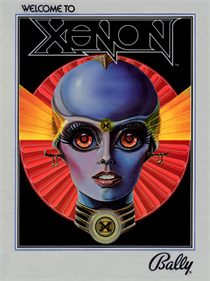 This is the first talking Bally game.