A direct translation of the Avalon Hill board game of the same name, Circus Maximus. Race your chariot around the track and try to be the winner. Strategic use of your whip on your horses, another driver, or another driver's horses, lead to crashes and other fun events as you maneuver for first place.

Avalon Hill's classic strategic board game in its first commercial adaptation. Choose a country to play as, and attempt world domination. 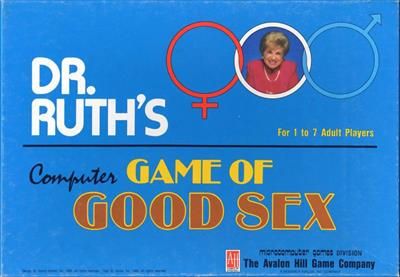 A text based quiz game about human sexuality. Dr. Ruth did the questions along with her researchers. It is a time based quiz game where you have multiple choice. These are not obvious and sometimes you have to choose the only true or false answer among the four or five choices. There is a countdown clock and your score also is modified by how fast you answer the questions. 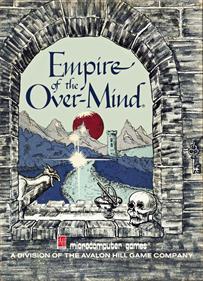 Empire of the Over-Mind

This is an excellent text adventure written by Gary Bedrosian way back in 1979 for the Apple II and Tandy's TRS-80 computer and published by Avalon Hill. The game was never ported to the PC, but the author has ported it himself in 1986 and has kindly put it up on his website for free download. The Over-Mind in the game's title is a powerful golden sphere that has taken over the Kingdom of Alcazar by deceit and corruption. Your task, as a (always weary) traveler-cum-hero, is to locate and destroy the Over-Mind. Supplied with the game is a well-written 21-verse poem called 'The Rhyme of the... 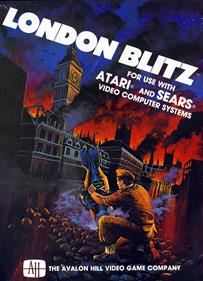 During World War II, German bombs turned daily existence in London into a nightmare. Hoping to undermine the strong spirit of the British, every night the Germans dropped bombs on the citizens of London. Mast bombs exploded on impact, but some would sit minutes, hours, or days before detonating. It was up to the British Army Royal Engineers to find and defuse these unexploded bombs (UXBs). There were many types of UXBs and the engineers had to learn each. The bombs did have some things in common: they required sharp thinking, delicate treatment, and split-second timing. in LONDON BLITZ you are... 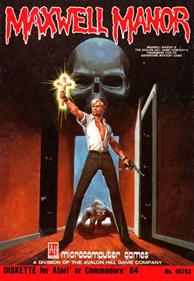 In this action game with top-down and side-view sections, you play Professor Arabesque who has been sent by the Psychical society to rid the controlling influence of the Skull of Doom. Arabesque must jump and shoot through the Manor, to collect the treasures and use them to solve the mystery. When you die you enter a limbo room, in which one exit (randomly-selected by the game) restores Arabesque; the others result in death. 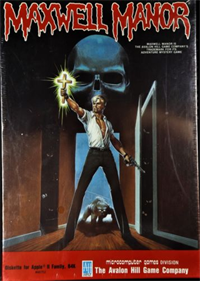 In this action game with top-down and side-view sections, you play Professor Arabesque who has been sent by the Psychical society to rid the controlling influence of the Skull of Doom. Arabesque must jump and shoot through the Manor, to collect the treasures and use them to solve the mystery. When you die you enter a limbo room, in which one exit (randomly-selected by the game) restores Arabesque; the others result in death. Every time you play, the bonus items are randomly placed, and the exact map layout is adjusted. There are over 1000 variations and ten skill levels. Much like today's... 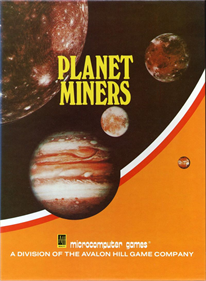 It's January 1, 2050, and after many decades of research and development of space travel, mankind is ready to reach out to the planets of the solar system to establish mining bases. Up to four players compete with each other and the computer to stake valuable mining claims throughout the solar system, while the mining council has stationed patrol ships throughout the system to make sure everyone follows the rules. Thus begins several weeks of intensive exploration, political maneuvering, sabotage, and claim jumping which will decide the course of the economic exploitation of outer space for... 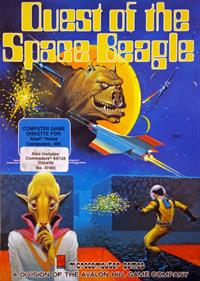 Quest of the Space Beagle

A sequel to Jupiter Mission 1999, with the same basic gameplay elements - combining story telling, RPG and arcade action. In the Space Beagle, you're lost in a strange galaxy. As you try to get back home, You have many adventures. You battle other space craft, travel the Labyrinths of Kamerra, and eventually explore the entire known universe with authentic star maps as you try to find your way back home.

RAM! is a simulation of combat using Triremes. Triremes were the war ships used in ancient Greece. The game takes place during the Peloponnesian War, which was a conflict between Athens and Sparta. These boats were meant to ram and sink the others using oar power. RAM! is based on the board game Trireme (also by Avalon Hill). 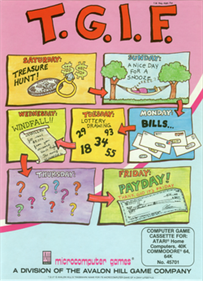 T.G.I.F. (abbreviation for "Thank God It's Friday") is a board\party video game for 1-4 players. If chosen 1 player the computer (called "Atari") will play against you. Goal of the game is to get a certain amount of cash. You can choose between 10000$ - 90000$ USD as a set goal and you can get cash by winning the lottery, spend your money in investments and payday checks, withdrawal from the bank, or tax refunds. The "board" has all the 7 days of the week, each with its own certain bonuses or penalties, depending on the day: Monday: You lose money due to a certain circumstance. Either... 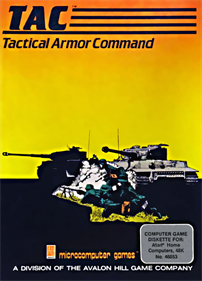 TAC is a game of WWII tactical armored combat. You pick a nation (Britain, USA, Germany or Russia). Build a combat team of tanks, assault guns and tank destroyers and command the team you have created against the forces of the enemy. The computer handles the technical details which leaves the decision making to you. You search for the enemy, find them, aim your gun, knock them out and the results of the combat are determined by the computer. The game can be played solitaire or by two people. 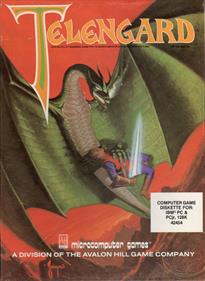 Telengard is an earlier example of a "dungeon crawler" role-playing game--albeit with a top-down view- with either real time movement (DOS version) or turn-based movement and turn based combat. Telengard is also played in real time, which means that monsters can attack even when the player's character is not moving. The player controls a single adventurer, selecting randomly-rolled sets of attributes: Strength, Intelligence, Wisdom, Constitution, Dexterity, and Charisma. The vast Telengard dungeon consists of 50 levels down and 200 by 200 rooms each level. Experience is awarded not only... 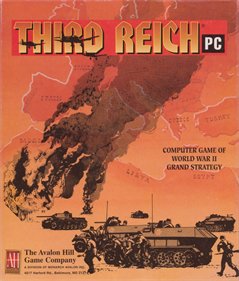 Strategic level wargame of World War II (European Theater only) based on the board game of the same name published by the now defunct Avalon Hill. 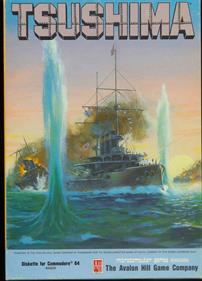 Tsushima is a strategic and tactical simulation for one or two players and recreates the climactic naval battle of the Russo-Japanese War, Tsushima, where the Japanese Fleet defeated the Russian Baltic Fleet in the Straits of Tsushima on May 27, 1905. Tsushima provides both a strategic (with tactical combat) and tactical (combat only) scenario. Each strategic turn in the game represents one hour and each tactical turn represents five minutes. In the 2 player game the player takes control of the Imperial Japanese Fleet with the objective of destroying the Russian Fleet before it can enter...