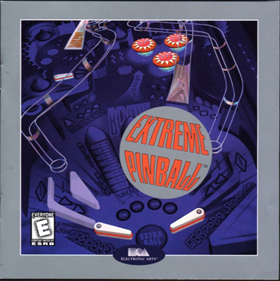 Extreme Pinball is Epic Megagames' successor to Epic Pinball. It contains four pinball tables: Rock Fantasy, Medieval Knights, Urban Chaos, and Monkey Mayhem, each with a different theme. Compared to Epic Pinball, it has a larger, 320x400 resolution, as well as taller tables, both allowing for more objects. It also has a typical Dot Matrix Display where the scoreboard shows 3D-rendered animations as well. The controls are more sensitive with a faster ball. This is less true to real pinball gameplay, but it speeds up the game's pace and gives more power to the player to influence the movement. 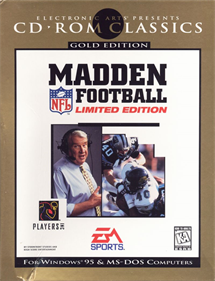 A port of Madden '96 to DOS, using the extra space provided by a CD to provide improved graphics and animation. Features 3D rendered graphics, 640x480 resolution, and John Madden announcing. Over 500 players, 240 plays, and the ability to create your own playbooks. Trade your players, and sign free agents. Play single games, or entire seasons, against the computer or your friend.