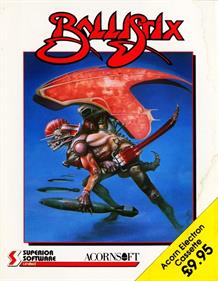 Ballistix is an arcade game in which you have to manipulate a ball in order to score a goal with your opponent. To do this, you will control an arrow that defines a direction, and pressing the fire key will launch a ball from this arrow in the direction the arrow points to; by launching balls at correct angles, you will manipulate the main ball and control the way it moves. Ballistix also keeps certain physics laws (namely gravity and friction), and will present you with varying obstacles in either one or two player mode. The game's cover art is a painting by Melvyn Grant called Steel Tsar.... 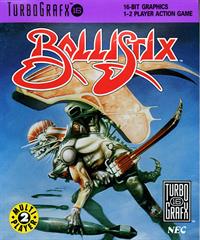 It's chaos in the Ballistix Stadium! You're a techno-gladiator in the wildest ballgame in the galaxy. The alien claw drops the puck. You fire balls at warp-speed, blasting it towards the enemy goal. Ricochet it off walls and bumpers. Hit a splitter and balls explode in a swarming barrage! The field changes to make each level more intense. Acid pools swallow the puck. Pitch arrows propel it. Your enemy cannons it into a tunnel and it shoots out towards your goal! Get a shield to save it! Score big to enter your name in the Hall of Fame in a nonstop Ballistix frenzy. 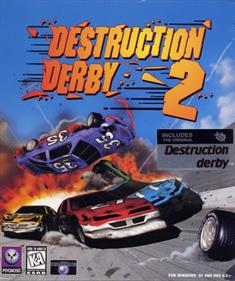 This sequel to the original Destruction Derby offers more of the same no-holds-barred action and mayhem with new tracks and a lot of technical improvements and features not seen in the original, such as a pit stop feature that allows car repairs! Gameplay is identical to its predecessor -- the objective consists of gaining points by winning races or "creatively" crashing opponents and climbing to the top of the rankings. 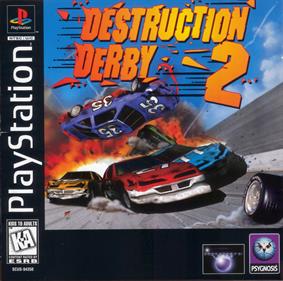 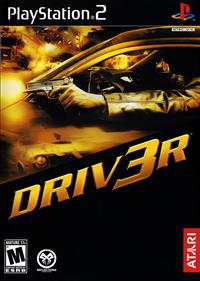 In the game you take the role of Tanner, the undercover cop from previous Driver games, as he infiltrates a worldwide high-performance car theft ring. Nothing is too dangerous or too risky for Tanner, and you'll be able to hop into any car, truck, or motorcycle and cruise the streets of three re-created cities with over 156 miles of roads, from Miami, Nice, and Istanbul in over 25 storyline missions. Meet up with characters from previous driver games, the story line lives on in this installment. 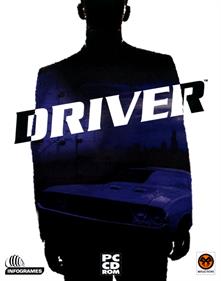 In Driver, you are the wheelman in a series of Hollywood-style car-chases. A great getaway driver is only as good as his equipment, which is why Driver has a selection of performance-packed muscle cars, complete with realistic handling, damage modeling, and real-world physics reactions. Driver also comes fully equipped with a replay/director mode that gives you all the necessary tools to "film" their own car chase and multiple views that allow you to look around when you're driving. Put the pedal to the metal and be the best driver around. 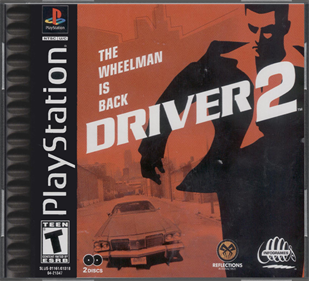 Driver 2: The Wheelman Is Back

You are an undercover driver, trying to survive amidst an international war between American and Brazilian gangs. The action takes you to Chicago, Las Vegas, Rio and Havana, all of which are depicted in detail, with curved roads added from the first game. As before, you have full control over the car as it storms around the streets. A new feature is the ability to get out of the car, and carjack others. This is especially useful when you have fallen victim to the advanced damage modeling. There is a full sequence of missions to complete, as well as some pre-set challenges and a Free... 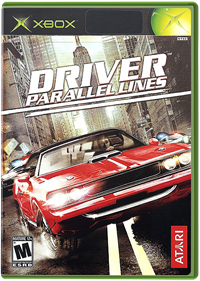 Driver: Parallel Lines is the fourth installment in the Driver video game series. The game was released in March 2006 on the PlayStation 2 and Xbox by Atari, and Wii[1] and Microsoft Windows in June 2007 by Ubisoft.[2] 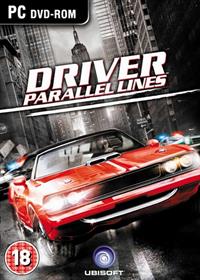 Diverging from previous Driver games, Parallel Lines takes place in just one city, New York, instead of multiple cities, but in the middle of the story you change to different eras of the city - 1978 and 2006. Due to the underwhelming performance of Driv3r, particularly the often-derided on-foot sections, Parallel Lines returns to the formula used in earlier games in the series, focusing on driving, although shooting remains in the game. 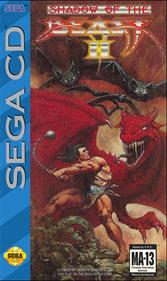 Shadow of the Beast II

Shadow of the Beast II finds the hero in half-beast form, wandering the lands of Karamoon in search of his kidnapped sister. She had been taken away from her mother's cottage by the dragon-form of the Beast Mage, Zelek, servant to Maletoth. Along the way, Aarbron befriends the wise dragon Barloom and must defeat the evil dragon Ishran. Tree Pygmies in the forest and the goblins in the Crystal Caverns serve as interactive, complicated foes. For example, a bottle of booze picked up at the Karamoon oasis must be given to the goblin jailer to free Aarbron from his cell. Only after Aarbron gives... 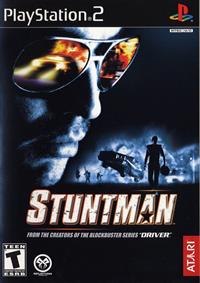 In the world of stunt driving, all it takes is one slip to end your Hollywood dreams. As a stunt driver, you can't afford to fail when performing dangerous stunts. In six famous movie locations, you'll smash up vehicles ranging from TukTuks and snowmobiles to Jeeps and high-performance sports cars. Begin a career in the stuntman industry or practice your skills in the stunt arena. After another hard day of risky work, replay the action as a polished movie trailer. 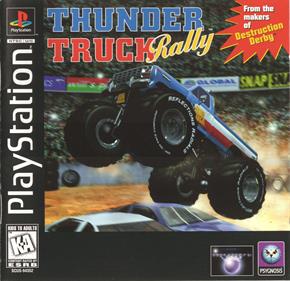 Monster Trucks offers nine rugged off-roaders with which to race across jagged, imposing terrains. Not the only game to twist the racing genre to this end, but as you'd expect from Psygnosis, the quality of presentation is head and shoulders above the rest. There are two types of courses; circuits offer demanding hilly terrains which can easily trash the vehicle and must be learned intimately. Endurance courses offer greater freedom, with the aim of finding the best route to link eight dispersed checkpoints. To avoid any disorientation, arrows guide you to the next marker. Each area, be...