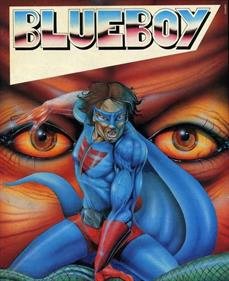 Blue Boy is an Action game, developed and published by Micromania, which was released in Europe in 1992. 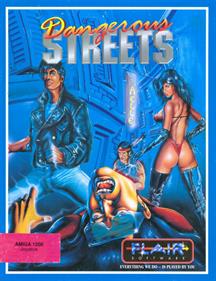 Dangerous Streets is a colorful sprite-based fighting game in the vein of Street Fighter II. Its eight characters are diverse, ranging from fashion models to a bizarre monster "custodian". In addition to a two-player mode, the game also features single matches against the CPU and a tournament mode. The control scheme consists of the standard weak, medium and strong punches/kicks, and both keyboard and joystick controls are supported. 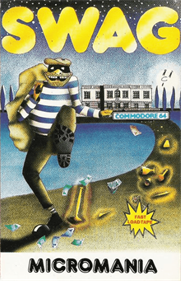 The SWAG MAN's on the job to burgle the millionaire's mansion. It is full of beautiful, valuable SWAG ready for nicking! Unfortunately, he's gate-crashed a fancy dress party and the guests are in pursuit. Help him collect the colored Master Code Cards which are hidden in the seemly never ending maze of rooms, to enable him to ESCAPE!