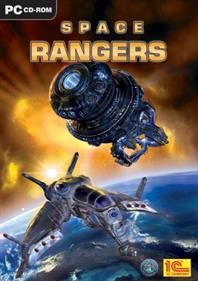 Space Rangers sets you up as a member of the Space Rangers, a small group of individuals who are there to protect the universe. After a long and bloody time, the four races in the galaxy have learned to live together mostly peacefully. Everything seems to be going well until the Klissans enter this arm of the galaxy. The Klissans are a race who are bent on conquering all worlds and systems and will not reply to diplomacy. Their weapons and ships are much more powerful than the other races. Because the Klissans are more likely to target and wipe out large groups of ships, it was decided to... 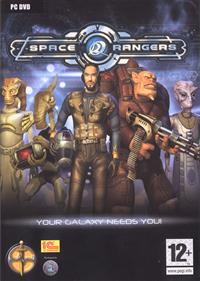 Space Rangers 2: Dominators is a blend of space exploration and trading, role-playing and real-time strategy, played from many different perspectives. You get to build your own ships, trade goods in the game's working economy, visit star and planetary systems, and even complete various mini games. You move through space in turn-based fashion, switching to real-time during planetary battles. You can fight, take on various missions, make enemies and allies. The original Space Rangers is included. 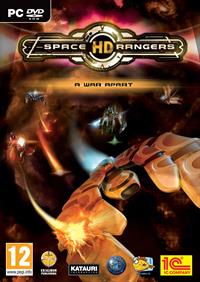 Space Rangers HD: A War Apart remasters and expands the world of the cult classic Space Rangers 2. The game is developed by the SNK-Games team in close cooperation with fans of the series. The biggest of the improved features is a new scenario dedicated to the pirates threatening the galaxy. While the Coalition spends all of its resources to fight the Dominators (sentient machines who seek to eradicate all life), the pirates have united under the banner of a mysterious leader. Under this new master they have begun their own guerrilla war to seize power in the weakened Galaxy. Players can...