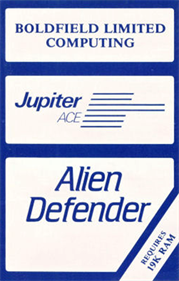 Alien Defender is a single screen shooter where the idea is to move around the screen in your spacecraft blasting as many aliens as you can trying to have more kills than the aliens. When you blast an alien your kill score increases but if you are touched then the aliens kill score increases. Before the start of the game you can select the speed from 1 - 999 with one being the fastest and as you play the speed increases. Moving off the edge of the screen makes you appear on the opposite side. 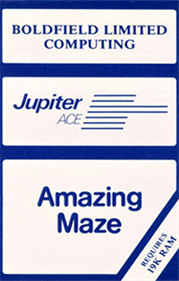 Amazing Maze is a maze game. The maze is viewed from above and the players start out on each side of the labyrinth. The objective is then simple: to make it through the maze to the starting position. Before starting out the player has a few second to study the maze before it starts. The layout of the maze is randomly generated before a game and according to the manufacturer there are more than a million different patterns. 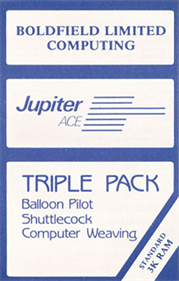