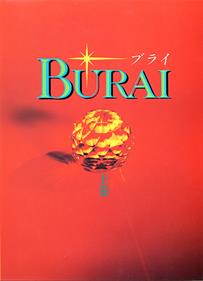 The evil god Daar was defeated long time ago. The difference races of Kypros could co-exist in peace. But Daar had followers, among them a powerful warrior named Bido. He intends to resurrect Daar and attack the king of Kypros. His minions attack three strongest knights who serve the king. But before he died, one of the knights released eight magical pearls. Each pearl can choose a hero, and eight heroes together would be able to stop Bido. Those heroes live in different places and belong to different races - humans, dragons, lizard-men, dog-like wosshus. Among them there are simple fighters,... 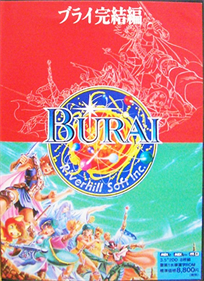 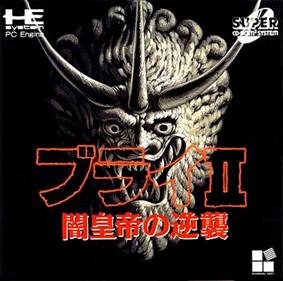 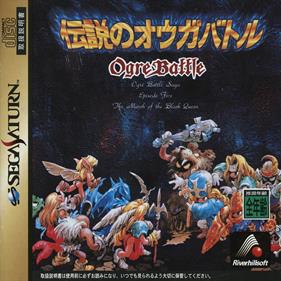 Twenty-five years ago Empress Endora conquered the entire continent of Zetegenia. Her reign proved to be tyrannical, and people of different social classes and positions began to long for a better future. Eventually, a resistance movement called the Liberation Army was formed. The protagonist (whose name and background are chosen by the player) takes command of the new army, and leads his allies towards a revolution. Ogre Battle has elements of a real-time strategy game and a tactical RPG. The player manages a large army consisting of characters belonging to a vast amount of different... 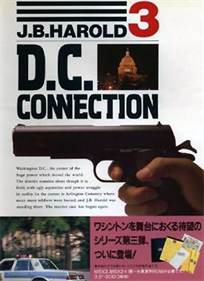 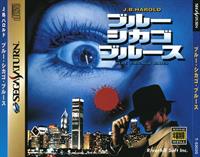 Following Murder Club, this is another detective story about the fearless private investigator J.B. Harold. This time, an unknown woman in a red dress was murdered in Chicago. A female detective who began investigating the murder was killed as well, and this time the killer made it look like a suicide. J.B. Harold arrives at Chicago and has now to work together with the local police and to solve the mystery. J.B. Harold: Blue Chicago Blues is an interactive movie. Most of the player's time is spent watching movie footage (with real actors and scenery). At certain points, the movie freezes,... 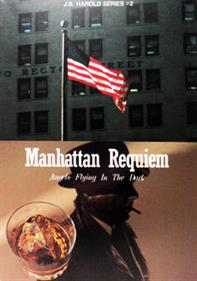 A 24-year-old woman was found dead in her flat in Manhattan, New York. Her skull was crushed - it was clear that she was murdered. Further investigation showed that she was working as a pianist. The police can find no clues, so it's time for the private detective J.B. Harold to investigate the murder and to bring the killer to justice. Despite its Japanese origins, Manhattan Requiem has realistic graphic design without any manga/anime influences. As an adventure game, it has Japanese influences (no inventory, no puzzles), as well as Western ones (relative freedom in navigation, detailed... 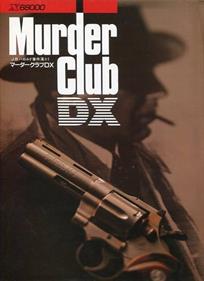 Murder Club is an adventure game with simulation elements. The player controls the private detective J.B. Harold, who must investigate the murder of a wealthy businessman named Bill Robbins and bring the murderer to court. The player has to do all the work a real detective would do: find clues, gather evidence, interrogate suspects, establish the motive for the crime — and in the end, make sure the case will stand up in the court. 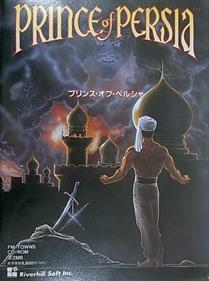 While the Sultan of Persia is fighting a war in a foreign country, his Grand Vizier Jaffar orchestrates a coup d'état. His way to the throne lies through the Sultan's lovely daughter. Jaffar kidnaps her and threatens to kill her if she refuses to marry him. Meanwhile, the man the Princess loves is thrown into the dungeon. He has only one hour to escape from his prison, defeat the guards on his way, and stop Jaffar before the terrible marriage takes place. Prince of Persia is a 2D platformer that is commonly regarded as a progenitor of the cinematic platform genre. Rather than following the... 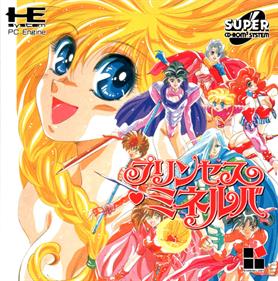 Princess Minerva is based on an anime of the same name. In the kingdom of Whistler, the best fighters are young, beautiful women, proficient in many styles of combat. Princess Minerva is one of them. She participates in a tournament, battles against the best female fighters of the country, and ultimately joins forces with them, building a super-powerful party that is bound to defeat the archenemy of the Queen of Whistler, the evil sorceress Dynastar. The game begins where the girls are already united and are getting ready for the grand quest. Your party contains nine girls, each one with... 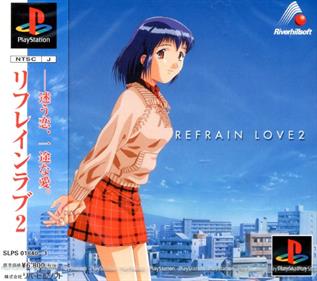 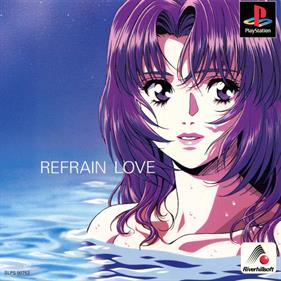 In Refrain Love - Anata Ni Aitai the player plays a college student who happens to live right by the campus. It's summer and I think you're going to America for Christmas, but you'd love to get a woman before then. Enter you're three buddies Kousuke the jock, Tetsuya the DJ, and Taizo the... nerd. All of you vow to find a girlfriend before Christmas time and what do you know, there are quite a few suitable ladies in town. You yourself have been having weird dreams of some mystery girl and when a walk in the park leads you to find a girl that looks suspiciously like the one of your dreams, you... 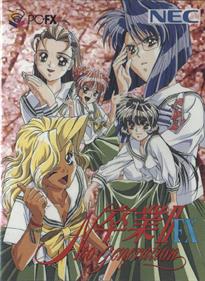 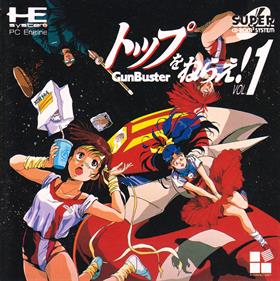 Top o Nerae! GunBuster Vol.1 is based on the anime OVA series Gunbuster by Gainax. In the early 21th century humanity discovered a race of bug-like aliens while colonizing known space. The aliens steadily advance towards the Earth with the goal of eradicating it. To counter that, humans have developed giant mechas that ca be navigated by trained pilots. The story of the game follows closely the first chapter of the anime, focusing on the young pilot Noriko Takaya and her first steps towards the mastery of her dangerous profession. The game has a Japanese-style adventure-like interface (with... 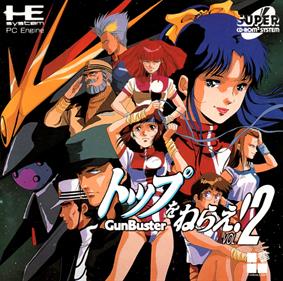 Top o Nerae! GunBuster Vol.2 is a direct sequel to the first episode based on the Gunbuster anime series. It continues the story started in the first chapter, following the adventures of the young mecha pilot Noriko Takaya as she passes the test and is admitted into the fighting squad of mechas, sent on a mission to stop an insectoid race of aliens from destroying the Earth. Gameplay-wise, the second episode differs from the previous one in that it eschews even the rudimentary Japanese-style adventure commands. It plays more like a pure interactive movie: the player watches animated, voiced... 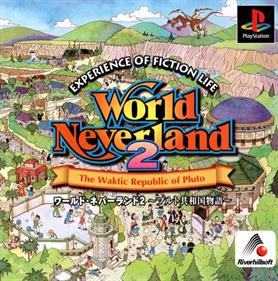 World Neverland 2 The Waktic Republic of Pluto is the second game in the World Neverland series for the Playstation console. The game takes place in the city-state marine republic of Pluto. Is a small country in which lives multi-racial people. Live a life as an ordinary citizen in the fantasy Waktic republic of Pluto. There is no epic quest to conquer or world spanning adventure to go on. You live a life. Thats it. Since gamers will be living an average life, you'll get to choose a profession and work, meet a girl and get married, raise kids, retire, etc. At the outset of the game,... 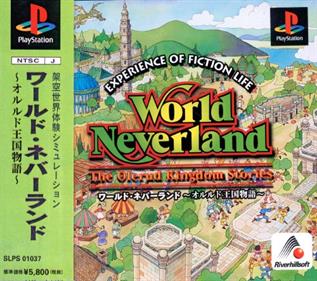 World Neverland Olerun Oukoku Monogatari is the first game in the World Neverland series for the Playstation console. The game takes places in a fictional world in with the characters make friends, fall in love, get married, give birth childs, do jobs, and grow old. In the game the players character can learn about swordplay, martial arts, magic, making his character stats increased. There are about 120 different people living in the small country. How's the life in the country will depend of the players choices.