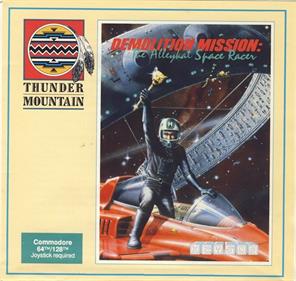 Alleykat (Demolition Mission: The Alleykat Space Racer in North America) is a vertically-scrolling racer with elements of a shoot-em up game. The player, a speeder pilot, strives to become the Alleykat Champion by competing in eight space stadiums scattered around the galaxy. Different races like demolition derbies, time-trials, endurance epics and others feature all kinds of obstacles like rocks, pillars, bridges and hard walls, and several types of enemies race along. The game also features a cooperative two-player-mode. 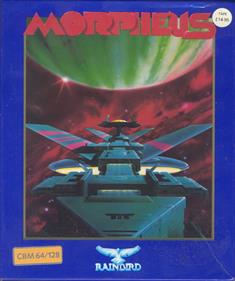 There are 50 sub-universes consisting of a central Nucleus surrounded by 32 Orbitals. The sub-universe is called a Aither. The object of the game is to enter the Aither with your ship and destroy enough Orbitals to shut down the Nucleus. Before the Nucleus dies it spits out a Morphi which when destroyed gives you bonus points and money. Before you deploy your ship from your base you can purchase hulls and weapons. Even sell or scrap the ones that you don't need. The game is viewed from above your large ship. After deploying from your base you can move about freely in any direction. On... 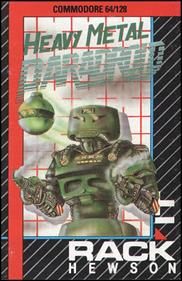 Paradroid with Morpheus style graphics. As well as achieving a high score, Paradroid players can aim to completely clear one or more ships of robots and to achieve a successful transfer from the 001 Influence Device to the unstable 999 droid. Despite the instructions referring to a finite fleet, the Commodore 64 game never ends. When you clear the eighth ship called "Itsnotardenuff", you're just placed back on the ship with higher-ranking droids on each deck. 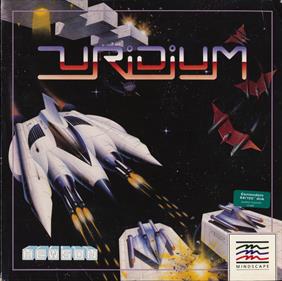 The solar system is under attack! Enemy Super-Dreadnoughts have been placed in orbit around each of the fifteen planets in this galactic sector. They are draining mineral resources from the planetary cores for use in their interstellar power units. Each Super-Dreadnought seeks out a different metal for its metal converter. Your Manta class Space Fighter will be transported to each planet in turn and it is your task to destroy each Dreadnought. First you must attack the defensive screen of enemy fighters, then you must neutralise the majority of surface defences before you land on the... 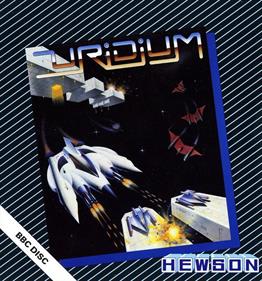 Uridium is a video game developed by Andrew Braybrook and ported to several home computers. It was converted for the BBC Microcomputer by AIM and published by Hewson.

The unpublished sequel to Uridium created by Andrew Braybrook.