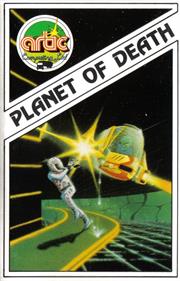 Adventure A: Planet of Death

This game is the first in Artic's Adventure series. You play the role of a spaceship pilot in the future who has been marooned on a hostile alien planet and must find his spaceship and fix it to escape. To hinder your progress are fiendish puzzles and a handful of alien NPCs. The interface is purely text driven and there are no illustrations of the rooms that you are in. The text parser uses simple Verb/Noun for commands. 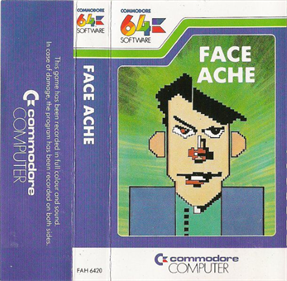 Face Ache is a game where the player gets to create different faces. There are six parts of the face that be modified: left hair, right hair, eyes, nose, mouth and chin. By pressing the corresponding keys the game cycles through the available features. When starting out the player can freely play around with the face or start an automatic demonstration. When initiating a game the player gets to see a face for five seconds and after that gets one minute to recreate the face. When finished ten points are awarded for each correct part of the face. 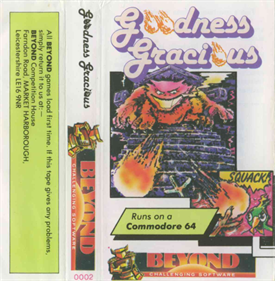 Goodness Gracious is a side view single screen game where you play the role of a frog-like dinosaur protecting a red gem which gives them their power, from various life-forms that inhabit the same world. The life-forms will attempt to get the gem over various levels, one at a time and move across the screen in various directions on each level. Your dinosaur has the ability to shoot a fireball from it's mouth and this is achieved by holding down the spacebar or fire button, and the longer they are held the further the fireball travels. The fireball will move in a certain direction before...