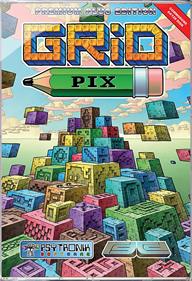 Welcome to Grid Pix! An exciting new world of logical puzzle solving awaits you. Featuring 100 chunky Picross style pixel-art puzzles (and the option to load in more via future DLC packs), beautiful high-resolution graphics, multiple music tracks to play whilst you think (silence is also optional), PAL/NTSC compatibility and on-cartridge saving! There are no annoying time limits or anything to distract you from the challenge ahead, just 100 hand-pixelled nonograms with only a single solution!

Millie and Molly is a retro inspired puzzle game coded and designed by industry veterans for original Commodore 64 hardware and emulators. We teamed up with the most talented people in the C64 scene including Saul Cross for the graphics and Hasse Axelsson-Svala for the music. The game features 100 original levels spread over five themed worlds, eight pieces of music and even a level editor should you wish to get your creative juices flowing. The game works on both PAL and NTSC formats. 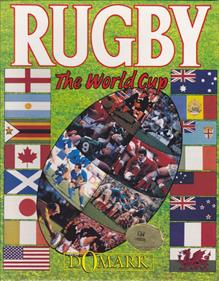 Rugby! For the world cup! An official licensed game of the 1991 Rugby World Cup, bringing a sport rarely seen on home computers to life. The game recreates the exact structure of the tournament, and includes all 16 teams. The gameplay has been simplified slightly, in the aim of creating a more flowing and less complicated game. As a result, scrums are frequent, penalties are absent, and a flowing running game is favoured. The teams are of different abilities, reflecting their real life skills.

Willamina “Willie” Runn and Wallace “Wally” Gunn were two run-of-the-mill infantry until an army experiment went seriously wrong and fused their bodies into a super soldier. The military covered up the accident by drafting the pair into C.O.M.M.O.D.O.R.E 64 (Commandos On Military Missions, Ominously Dangerous, Often Requiring Extermination). This elite squad is made up of 64 of the best soldiers on the planet. They’re sent on missions to the far reaches of the galaxy to quell alien threats before they can ever reach Earth. Their next mission is to the planet Bantaya where a terrible... 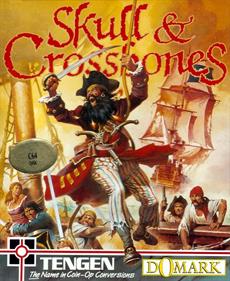 Fight as either Red Beard or One Eye through various pirate themed levels, like ships and forts, and even some non-pirate themed levels, battling ninjas, skeletons, and others in a quest to get back your hard earned money from an evil wizard. You can also fight side by side with a friend (who controls the pirate you didn't choose). Fighting works like fencing, with a few different moves to use, including parrying. The levels scroll through with a boss at the end of each. You gain money by vanquishing foes and digging for treasure where X marks the spot. 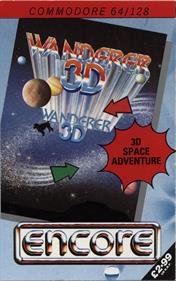 Wanderer is set in the future where cats have become very valuable. The hero's cat has been kidnapped by someone who demands 8000 cats as ransom. Additionally, all the planets of the universe are obsessed with an poker-like card game. So the player visits planets, barters cards and plays the card game - and if a planet is satisfied with their own set, they reward the player with cats. Every time the player visits another planet he has to solve a straight action sequence which utilizes vector graphics for 3D glasses. Here he simply has to fly around in first person and shoot all enemy ships....