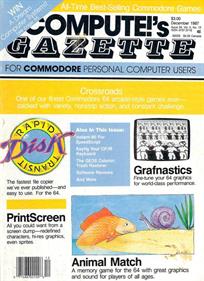 Published in COMPUTE!'s Gazette 1987/12 (Issue #54). You battle a host of hostile, militant creatures. The fight takes place in a maze, which is different at teach level. You progress by capturing "Spars" - Whirling fans with magical and game changing properties. ON each level you'll encounter new hordes of monsters. This game was followed up exactly one year later in the December 1988 issue by a sequel called Crossroads II: Pandemonium. 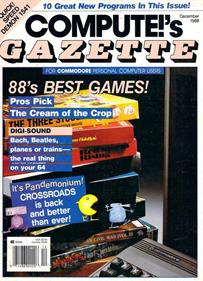 This was the second and final game in Compute!'s Crossroads series. A fast paced maze shooter with various enemies with various abilities getting in your way. Considered by many as one of the better type-in games of the era for the C64. Published in the December 1988 issue of Compute!'s Gazette, which was exactly one year after the first game was published. As for the game itself, it's almost like a cross between Wizard of Wor and Berzerk.