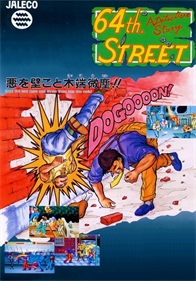 A side-scrolling beat 'em up game starring Rick and Allen, two private detectives on a case to retrieve a "Rich Man's" kidnapped daughter, set in October, 1939. The story starts out in a typical Double Dragon/Final Fight style setting at 64th Street with two protagonists: Rick (Anderson), a calm and intelligent, 35-year-old professional private detective and manager of the detective agency; and Allen (Tombs), a 19-year-old, reformed delinquent trained by Rick, who is "short-tempered and violent when angry". At the start of the plot, an evil corporation, known as the Legacy organization,... 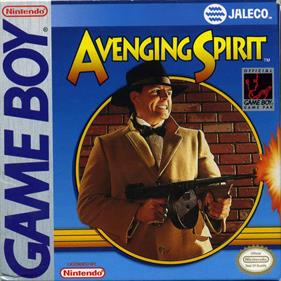 You have been deep sixed by gangsters and turned into a ghost. To make matters worse, the mob has kidnapped your moll and for ransom, they want the secret of ghost energy. To rescue her and get even with the mob, you must inhabit any one of 20 different creatures and search for your girlfriend on 6 dangerous levels. So grab a body, any body, make a beeline to the big rescue, and rescue your doll face. 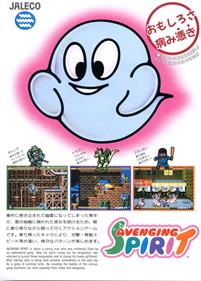 Avenging Spirit © 1991 Jaleco. Avenging Spirit (also released in Japan under the name Phantasm) is a scrolling platform shoot-em-up in which game's hero is ambushed by a criminal syndicate, who kidnap his girlfriend and shoot him dead. The hero's spirit is summoned by his girlfriend's father and given a mission to save her from the mysterious syndicate that now holds her hostage. Only then can he rest in peace. At the start of the game players choose to possess one of four enemy characters to begin their quest. When the possessed body is killed, providing there is a living enemy nearby...

In the Play mode, the player can choose between three characters from the main series. Once selected, the player appears in a board room, where he meets NPCs and enemies. In the Combat mode, the player can increase their attacks, defense, HP and more in a single turn by utilizing cards, as well as using their B-Da armor and robots. The characters have their own individual abilities, helping them defeat enemies.

Chimera Beast takes place on a planet which is described as distant and Earth-like. The planet is overrun by animals known as eaters, capable of eating other creatures and acquiring their abilities or characteristics. The player controls one of these eaters and progresses through the game by means of the Food chain, consuming microscopic organisms in the first stage, fish in the second, and so on. There are two possible endings: one in which the player is able to stop the eaters from escaping the planet, and one in which the eaters do escape and, we are told, will eventually make their way... 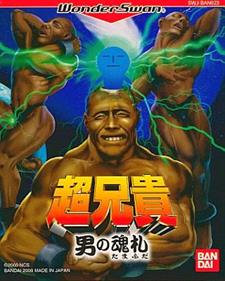 Cho Aniki: Otoko no Tamafuda (超兄貴 男の魂札 Chō Aniki: Otoko no Tamafuda?, lit. "Super Big Brother: Spirit Man Tag") is a video game in the Cho Aniki series. This twist on the Cho Aniki universe pits the heroes of the previous games on a role-playing video game quest in which battles are fought with playing cards. According to an article on the game at the Hardcore Gaming 101 website, the title of the game is a pun. The title translates to "Man's Tamafuda," with tamafuda being a portmanteau of tamashii — Japanese for "soul" — and hanafuda — a Japanese card game. It is also likely that the pun... 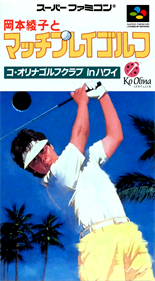 A golf simulator exclusive to the Japanese Super Famicom. It features the likeness and is endorsed by professional golfer and LPGA (Ladies Professional Golf Association) champion Ayako Okamoto, and is one of a handful of sports games to be endorsed by a female athlete. The game uses the real-life golf course of Ko Olina Golf Club in Hawaii. Ko Olina hosted the LPGA Hawaiian Open between 1990-95, when this game was developed. Okamoto Ayako to Match Play Golf is a much more serious simulation-style golf game. The player has to select their direction and golf club (though the game will... 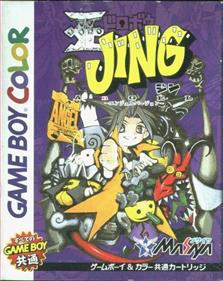 Ou Dorobou Jing: Angel Version is a Role-Playing game, developed by C.P. Brain and published by NCS, which was released in Japan in 1999 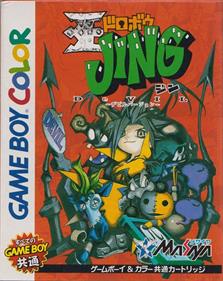 Ou Dorobou Jing: Devil Version is a Role-Playing game, developed by C.P. Brain and published by NCS, which was released in Japan in 1999 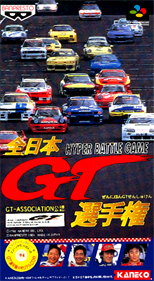 Zen-Nippon GT Senshuken is a Racing game, developed by C.P. Brain and published by Banpresto, which was released in Japan in 1995.