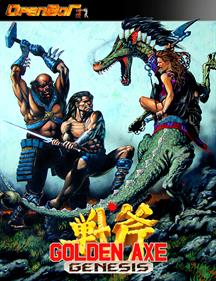 Golden Axe Genesis is a fan-made sequel to the arcade beat 'em ups from the 90's, featuring new enemies, graphics, faster gameplay and an overhaul to the balance and design. Developed by SEEP, a two-man team of brothers from Italy, it was made using the OpenBOR engine and offers 13 playable heroes and numerous villains to battle from the franchise's saga. There's a Story mode and a survival mini-game called Duel mode, as well as the ability to play the arcade original with the new characters and updates.