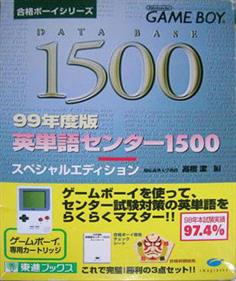 99 Nendohan: Eitango Center 1500 is a Miscellaneous game, developed by C-Lab and published by Imagineer, which was released in Japan in 1998. 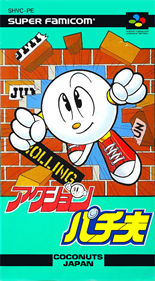 The player takes control of a white Pachio and tries to make his way through all the side-scrolling levels. In between each level is a cut scene that updates the story for the player. Players can collect coins in the game; collecting 100 of them results in an extra life. They are also given a life bar with three different colors (symbolizing how "healthy" the character is), a time limit, and a relatively generic score indicator that goes up to 99 million points. 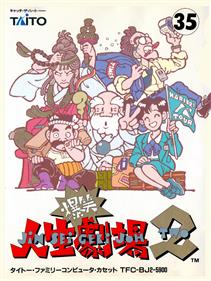 Bakushou!! Jinsei Gekijou 2 is a board game, during which you follow the lives of up to 4 characters. The game is best played as multiplayer, but you can also allow the computer to play for other characters, or create all of them on your own. In the game, you are presented with a board which is composed of tiles. A roll of dice determines the amount of steps a character will take on the board. Depending on the tile he steps on, different events will occur. If the tile is empty, a random event will happen. Other tiles are connected to a certain aspect of a person's life. For example, "learning"... 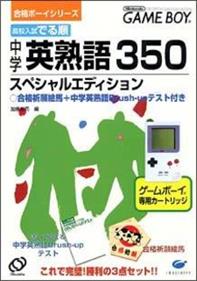 Koukou Nyuushideru Jun: Chuugaku Eijukugo 350 is a Miscellaneous game, developed by C-Lab and published by Imagineer, which was released in Japan in 1997. 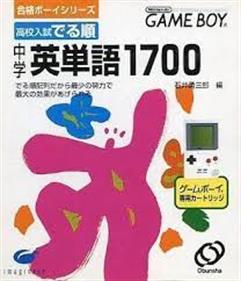 Koukou Nyuushideru Jun: Chuugaku Eitango 1700 is a Miscellaneous game, developed by C-Lab and published by Imagineer, which was released in Japan in 1997. 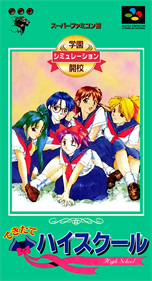 A simulation game where the goal is twofold: to build a new high school that can prosper financially and educate its students sufficiently that they are prepared for university, and to personally mentor one of five schoolgirls to become the school's star pupil, working with her strengths and weaknesses to help her excel.The game follows the similar schoolgirl mentoring game Houkago in Beppin Jogakuin with its core gameplay with an additional SimCity-style building sim aspect where the player has to determine where best to place areas and expansions of the school to maximize their effect. 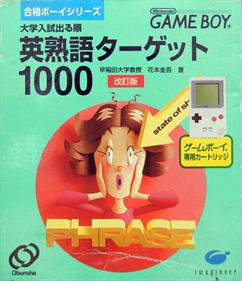 Eijukugo Target 1000 is a Miscellaneous game, developed by C-Lab and published by Imagineer, which was released in Japan in 1997. 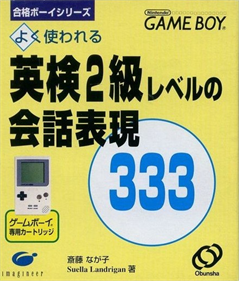 Eiken 2-Kyuu Level no Kaiwa Hyuugen 333 is an Edutainment game, published by Imagineer, which was released in Japan in 1997. 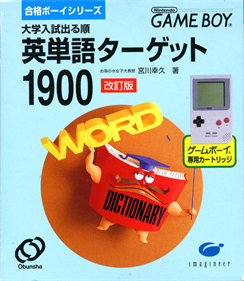 Eitango Target 1900 is a Miscellaneous game, developed by C-Lab and published by Imagineer, which was released in Japan in 1996. 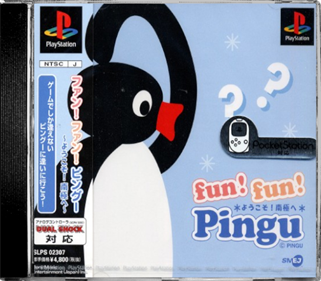 Fun! Fun! Pingu ~ Welcome! To Antarctica ~ (Japanese: fun!fun! Pingu 初回限定版～ようこそ！南極へ～) is an Adventure game, developed by C-Lab and published by Sony Music Entertainment Incorporated, which was released in Japan in 1999. The gameplay is about finding object, using those objects to advance in the game or open new mini games. As he go further in the game new characters will be avaliable to talk with. The game allow to save the game to a memory card at anytime. After opening the mini games in the adventure part they can be played separately in the main menu of the game. The game also introduces... 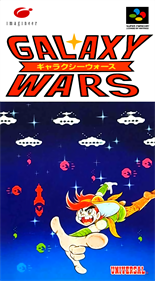 The aim of Galaxy Wars is to launch missiles from the bottom of the screen at enemy spacecraft located at the top. To get there, the missile must pass through a asteroid belt flying across the screen and avoid the shots being fired down from the spacecraft. It is the players job to control the missile. Once launched it can be moved left and right and can be sped up by using the boost to speed it's way out of trouble. This version has three game modes available. B&W and Color recreate the graphics and behavior of the original arcade game in black & white and color respectively whilst Neo... 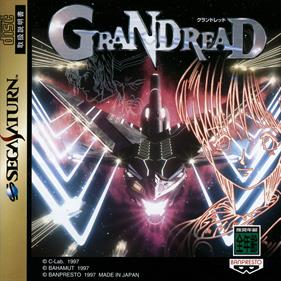 Grandread is a Strategy game, developed by C-Lab and published by Banpresto, which was released in Japan in 1997. 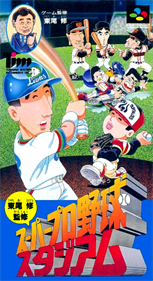 A baseball game sponsored by Osamu Higashio, a former pitcher for the Nippon Professional Baseball League who has his own entry in the Japanese Baseball Hall of Fame. The game takes the vertically-aligned batter/pitcher angle favored by series like Namco's Famista series (from which RBI Baseball spun off), but mixes it up by changing the perspective depending on whether the player is pitching or batting: the player's team is always closer to the screen. Osamu Higashio also sponsored some Game Boy baseball games published by Tokuma Shoten prior to this game: Higashio Osamu Kanshuu Pro Yakyuu... 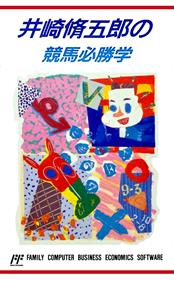 Isaki Shuugorou no Keiba Hisshou Gaku is a Sports game, developed by C-Lab and published by Imagineer, which was released in Japan in 1990. 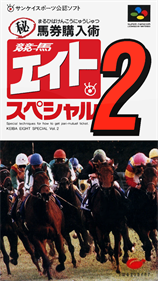 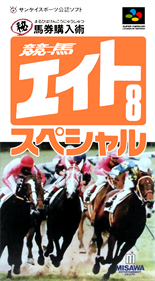 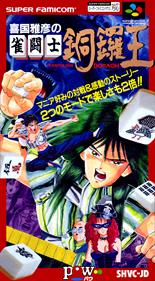 Overview Unleash your mahjong power!!! Jantoushi Doraou is a simple mahjong game for the Super Famicom. It features a wide variety of strange and ridiculous characters and is largely comical in nature. It follows typical Japanese mahjong rules, although there are a few exceptions (mentioned below). Many characters are also capable of performing special attacks when their "cosmo" meter is full; these attacks can have many different incarnations, from simply beating the opponent unconscious for a win (surprisingly ineffective) to instantly getting a ron. The game also features a password... 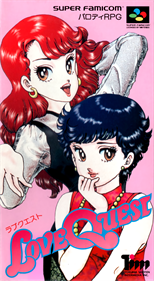 Love Quest is an unconventional role-playing game where 'battles' consist of attempting to impress women. The protagonist is a player-named young man whose bride Yuka suddenly disappears during their wedding. The game involves finding out what happened to her. The game was originally made for the Famicom, however it was canceled, and ported to the Super Famicom. The Famicom prototype was eventually leaked and sold in an online auction for 250000 Yen in 2008. 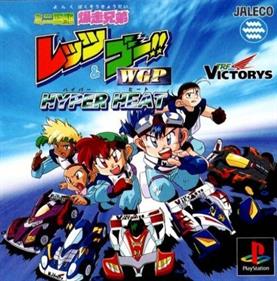 Let's and Go WGP Hyper Heat follows closely to the 4wd mini racer anime. You start off with your own mini racer and win parts to customize your car. All you get to do in this game is customize your car and put them IN a race, but not actually control them during a race. This makes up for repetitive gameplay and limited fun. However, it puts into account what the actual hobby is like. 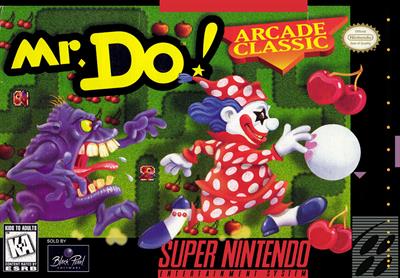 Just Mr. Do! it! Tunnel through classic arcade memories with the original Mr. Do! Level after level of cherry-chomping, apple-shacking, creep-crushing action that just can't be do-plicated! You remember how to do the levels: Do-vour all the cherries! Do away with all the creeps! Do what it takes to dig up an EXTRA life! Do the original or do unto others with 2-player Battle Mode! 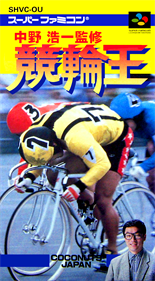 Nakano Koichi Kanshuu: Keirin Ou ("Koichi Nakano Supervision: Keirin King") is a cycling game from C-Lab and Coconuts Japan released exclusively for the Super Famicom in 1994. Rather than racing themselves, the player takes a supervisory role over a cyclist's daily training and help them to qualify for major competitions and events. The game's cycling is focused on Keirin races: a specific type of cycling race that was lately added to the Olympics as an event. The game features the likeness and namesake of Koichi Nakano: one of Japan's most prolific professional cyclists. 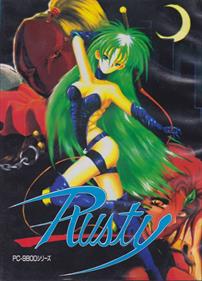 Many women have been abducted from various villages throughout a European countryside, and have been transformed by demon possession into hideous monsters, who are known as the Eight Fiends. Responsible for performing the sacrilegious act is Bloody Mary, a vampiress who is Queen of Bloodthorne Castle. Assisting her is a mysterious masked hunter named Gateau. Along with creating monsters, the two are also using the blood of women to resurrect the ancient vampire Monte Carlo, the Master of Bloodsoon Castle who has been deceased for 300 years. Being implored by the townspeople and the village... 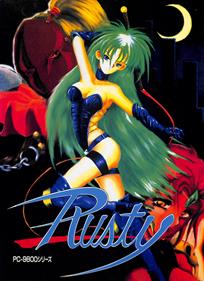 Many women have been abducted from various villages throughout a European countryside, and have been transformed by demon possession into hideous monsters, known as the Eight Fiends. Responsible for performing the sacrilegious act is Bloody Mary, a vampire who is Queen of Bloodthorne Castle. Assisting her is a mysterious masked hunter named Gateau. Along with creating monsters to rule the land, the two also embark on using the blood of women to resurrect Monte Carlo, Master of Bloodsoon Castle, and powerful ancient vampire who has been deceased for 300 years. Being implored by the townspeople... 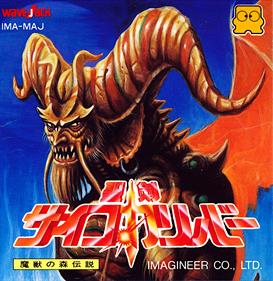 In Seiken Psychocalibur: Majuu no Mori Densetsu the player controls an unnamed hero, which legends say will rid the lands from the clutches of evil forces from the Dark World. The gameplay resembles that of the original The Legend of Zelda game. On his quest the player has to travel and fight his way through the game world which consists of nine overland areas and several dungeons. While its possible to go back and visit already explored and finished areas the game is a lot more linear than the aforementioned Zelda game. The player starts out with only a sword as a weapon. Better sword... 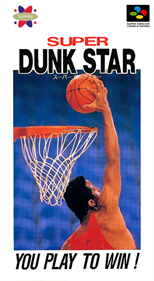 A basketball game somewhat based on the NBA but with entirely fictional teams. Most of the action is depicted NBA Jam style, with a horizontal view of the court and large sprites for the athletes. Upon scoring a field goal from up close (slam dunks or otherwise), the camera briefly changes to a dynamic shot of the basket. 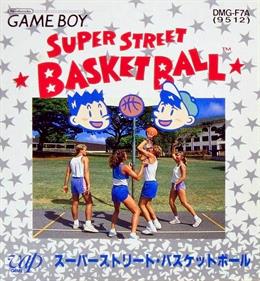 Super Street Basketball is a Sports game, developed by C-Lab and published by Vap, which was released in Japan in 1992. 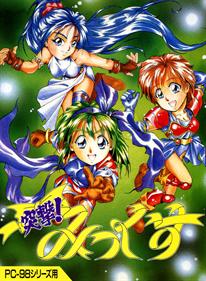 The dark lord Galuf has ambitions to take over the world, and there's only one thing left that he needs: three magic seals, said to be the most powerful weapons in existence. When he comes to the castle where they are hidden, the princess entrusts them to a fairy to find help. She escapes the castle and finds three young travelers of improbable hair colors: Rare, Medium, and Well. The fairy entrusts each girl with one of the seals, and they set off to defeat Galuf, rescue the princess, and restore peace to the kingdom. 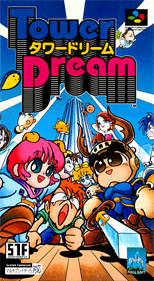 Tower Dream is a virtual board game for the Super Famicom that supports up to four players. The game has a comedic angle and features expressive characters designed by Tamakichi Sakura. It was followed by a PlayStation sequel, Tower Dream 2, in 1998. The game features a number of "worlds" the player can try out, each with different board configurations and themes. The themes run from the mundane, like Tokyo or Hong Kong, to the fantastical, like prehistoric, horror movies or space. Gameplay The goal of the game is to move around a board which encircles a giant grid. The player can buy... 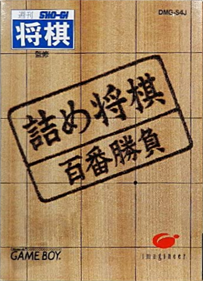 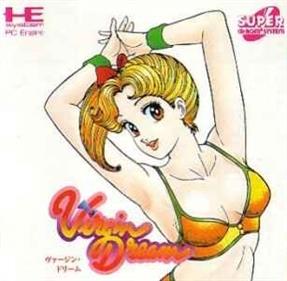 A "Pretty Girl Contest" is held, which is more than just a regular beauty competition: within a year, a young girl should become a star. Beauty matters, but so does skill. As the manager of one of the young girls who wants to participate in the contest, the player has to do everything in his/her power to attain the goal, and help the disciple reach stardom! Virgin Dream is what is commonly called life simulation, a genre popularized by games such as the Princess Maker series. The player manages the life of the young girl with a specific goal in mind, which must be chosen from the main menu....