Arcadia VI is an unfinished multi-cart that was intended to be released on the NES with 6 games. The only know proto, currently only has 4 games. Of the 4 games, only one game (Tennis) has been completed. The 4 games on the cart are: Tennis Xerxes Ghurka Twin Cam Turbo 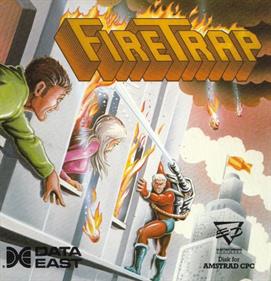 Set your computer alight! Officially licensed from Data East, one of the hottest arcade games ever created is ready to burn its way onto your screen. FireTrap. If you've got cool hands, get ready to climb the burning skyscrapers and dodge the falling bricks, cars, glass and obstacles to rescue the people trapped inside. And watch out - it's a long fall to the street! 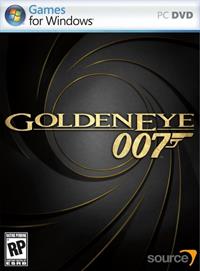 GoldenEye: Source is a multiplayer only total conversion modification of Half-Life 2. It is a fan made artistic recreation, released for free, with a primary goal in mind; To bring the memories and experiences from the original GoldenEye64 back to life using Source' Orange Box Technology. As one of the premier and consistently released HL2 mods, GE:S has been seen out and about, reviewed by the best, and played by hundreds and thousands of PC gamers for Eight long years and running. 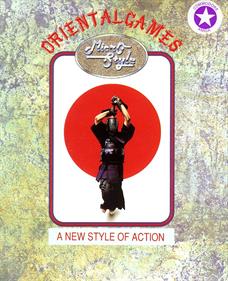 The Oriental Games offer skilled martial artists the chance to prove themselves in Kung Fu, Kendo and the relatively brutal Kyo-Kus-Hin-Kai., using “courage, skill and flare” (sic) according to the packaging. It makes for a series of one-on-one fights viewed from the side. Kendo involves using a stick as your weapon, whereas Kung Fu various punches and kicks and Kyo-Kus-Hin-Kai involves head butts and flying attacks. You can jump over opponents; a quick tap of the fire button turns you around. You have an energy bar with 5 blocks of gradually decreasing colours, which drops when you are hit... 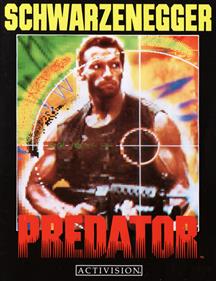 Predator is a side-scrolling platformer which uses the imagery and characters from the classic Arnie movie of the same name. The game is not a faithful conversion of the movie however - your unit has already been killed off when the game starts and you will battle scorpions, enemy soldiers and dodge obstacles etc, before facing the Predator itself a number of times. The game is a fairly standard run-jump-shoot platformer, except that you start with no weapons at all and must collect them as the game goes on.

Scarabeus is a puzzle game where the player has to figure out the best path through a series of tiles without backtracking. The player has to cause all the black tiles to disappear, then land back on the starting tile. As the player reaches later levels, white tiles show up, which have to be walked over multiple times. It is theorized that Scarabeus is in black and white due to being a port of the Game Boy game, Pyramids of Ra, which is supported by the prototype cartridge's label reading "Pyramids of Ra - NES Version".