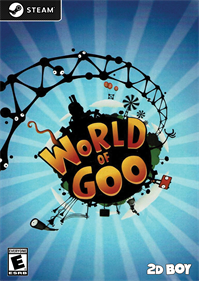 The game is built around the idea of creating large structures using balls of goo. The game is divided into five chapters, each containing several levels. Each level has its own graphic and musical theme, giving it unique atmosphere, similar in style to Tim Burton's film designs. There is also a bonus meta-game called World of Goo Corporation, where the objective is to build the highest tower using goo balls which the player collected through the course of the game. Players from all over the world can compete, as the height of the tower and number of goo balls used are being constantly... 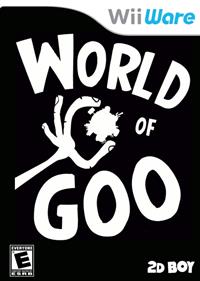 Part adventure puzzle, part physics-based construction sim, World of Goo is a quirky game in which players must build geometric structures by connecting small droplets of "goo." The premise is that players transport a specified number of droplets from the starting point to a pipe that serves as the goal, with leftover droplets automatically traveling along the completed pathway. Challenges come in the form of realistic gravity and weather conditions that change with each season, and as the game progresses players will encounter helpful tools, level-based pitfalls, and a number of different... 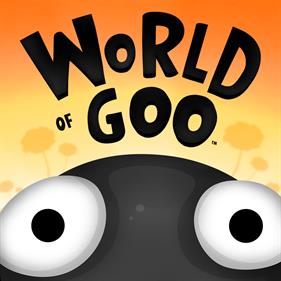 World of Goo is a puzzle video game developed and published by independent game developer 2D Boy. The game was first released on Microsoft Windows and Wii platforms on October 13, 2008, with releases on Mac OS X, Linux, and various mobile devices following in subsequent years. The game was nominated for the Seumas McNally grand prize, Design Innovation Award, and Technical Excellence at the Independent Games Festival,[1] and has gone on to win several other gaming awards since its release. 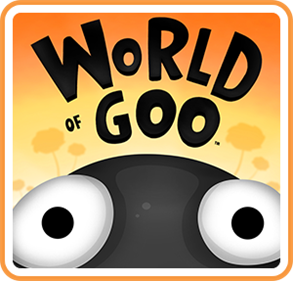 World of Goo is a multiple award-winning physics-based puzzle/construction game made entirely by two guys. Drag and drop living, squirming, talking, globs of goo to build structures, bridges, cannonballs, zeppelins, and giant tongues. The millions of Goo Balls that live in the beautiful World of Goo are curious to explore — but they don't know that they are in a game, or that they are extremely delicious.