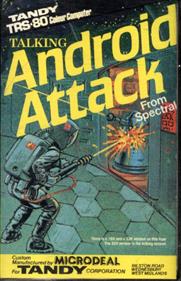 Android Attack is a 32K update of the Berzerk variant Robot Battle for 16K Tandy Colour systems. The extra memory is used to add in another feature of the original arcade game, speech, which is featured in its Microdeal title, Talking Android Attack. Like in Berzerk, you are a lone humanoid in a large complex with lots of maze-like rooms. Your objective is to survive, and earn points by exterminating all the hostile robots that inhabit the complex. Shooting a robot (before it shoots you) turns it into a heap of deadly scrap, which will reanimate after a short while, though not into the... 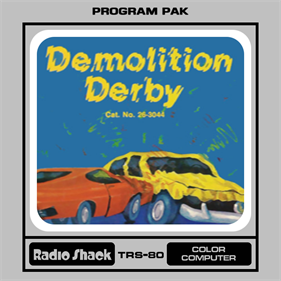 Demolition Derby, is a car racing/destroying game similar to the arcade game Bump 'n Jump, minus the jumping part. Thus, it is also somewhat like Color Car Action. In the game, you are racing, but you are also trying to ram the computer controlled cars off of the road. This game is one of the earlier games that Spectral Associates ended up licensing to Radio Shack. In the early 1980's, Spectral published all their stuff on their own; by the mid-1980's, they licensed most of their stuff to Radio Shack. The official Tandy/Radio Shack demo for the Coco 3 was written by them. 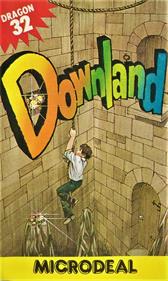 In Downland, the object is to locate keys which unlock doors as you navigate underground caverns by climbing ropes and jumping or swinging across chasms. Difficulty is increased by falling acid, runaway boulders and a time limit which upon expiration means death by a flying bat. 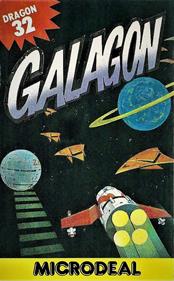 This is a remake of Galaga and was programmed by Brett Keeton. You control your spacecraft at the bottom of the screen. The objective of the game is to shoot as many aliens without having your own ship destroyed by alien fire or crashing into swooping aliens. The aliens attack in waves and most of them will stay in formation at the top of the screen while some swoop down to drop bombs or crash into you. Every so often, you will be presented with a special challenging stage where aliens just move across the screen in fixed patterns, and you can shoot as many as you manage for an extra... 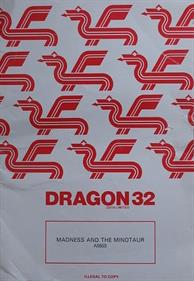 A bold adventurer descends into the enormous labyrinth of the Cretan King Minos at Knossos, hoping to part seven mythical monsters (including the terrifying, titular, Minotaur) from sixteen treasures and escape with his life, helped only by a handful of arcane spells acquired while navigating dead ends and the enigmatic ramblings of an inspired Oracle wandering the maze. It's not entirely fair to blame the period hardware limitations for this game's poorly-aged VERB NOUN text parser, as Infocom first launched home versions of Zork I a year earlier, but at the time its grammar was still... 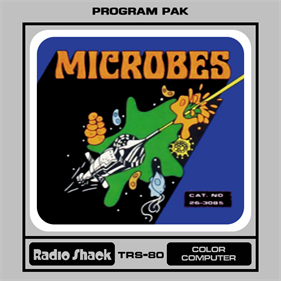 Microbes is a clone of the arcade hit Asteroids. It is a little unique in that it requires 2 joysticks... One controls the spacship's direction itself, while the other controls the direction of the gun on your spaceship. This game was originally sold directly by SPECTRAL ASSOCIATES as Color Meteoroids in 1981, but was later pulled by Spectral, redone in cartridge format, and sold through Radio Shack/Tandy. 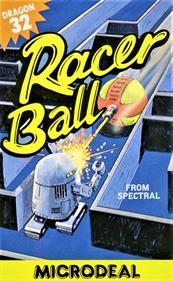 Racer Ball is a maze-chase game inspired by the Namco arcade classic Pac-Man. You control your Racer Ball through the corridors of the moon base, avoiding the Laseroids. Pick up the solar cells for points, and you'll advance to the next level when all solar cells have been collected. Additional items will appear in the maze, which can be collected for extra points. There are four energizers that can be collected and that will enable Racer Ball to chase down and destroy the Laseroids for a short amount of time. 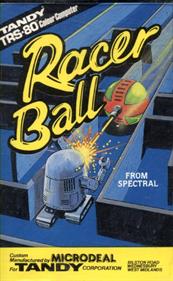 Race your ball around the space corridors on the moon base but avoid the enemy Laseroids that keep coming in the airlock. Features the "teleport" tunnel in the lower left quarter of the maze, which would teleport you to the top when you ran over it (unless you hold the joystick button down). 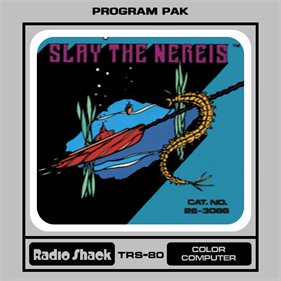 You are the commander in charge of three mini-subs. During your mission, you soon discover that the area you were sent to scout is a dangerous one, teeming with several innocent-looking creatures-schools of fish, manta rays, starfish, jellyfish, and an occasional "Nereis," a marine creature which excretes a paralyzing poison. In addition to these native aquatic creatures, there is an enemy navy destroyer which fires depth charges with your submarine as its target. 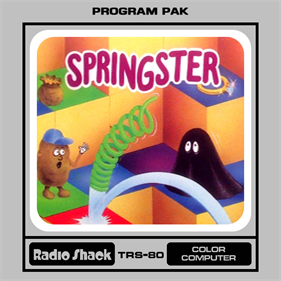 Springster is an original arcade strategy game. It is sort of a cross between Q*Bert and Crystal Castles, although more complicated. There are many different objects to pick up, and each specially colored square has a special purpose or power. There is also 32 different levels ('planes'), which are all layed out differently. You control a spring, and you can only move up and down between levels of squares if the space between them is quite small, making movement difficult at times.