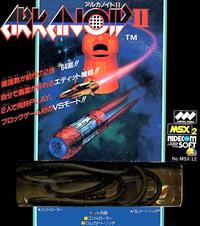 Revenge of Doh is a direct sequel to the original arcade smash Arkanoid. Along with improved graphic engine, better sound and music, better hardware support and more levels, Revenge of Doh also features a built-in editor and allows you to create your own level sets! A long time period passed and the dimension controlling force Doh has again come back to life. Occupying the huge starship Xorg, it has entered our universe from a different dimension. Mixtec, Arkanoid type spaceship, has lauched the craft Vaus II to make a preemptive attack on Xorg. 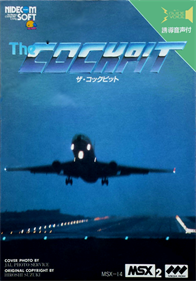 The Cockpit is a Japanese commercial plane simulator for runway landings only. After a successful touchdown you can progress to other airports around the country, each with increasing difficulty in the way of wind interference. The graphics and controls are quite basic, but the game still aims to provide immersion during each short landing sequence. The later versions on X68000 and PC-98 feature control tower speech and higher resolutions which add further realism to the simulation.