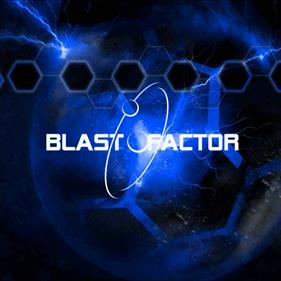 Blast Factor is a physics-based action game which takes players into a fierce microbiological arena to guide a nano-machine against viral swarms. Proceed from specimen to specimen, waging microscopic war against an array of deadly viruses. Tilt the SIXAXIS controller to send ripples through the arena that shove enemies into groups, and then blast ‘em into catastrophic chain explosions for big points! Immersive high adrenaline arcade action in full HD at 1080p. 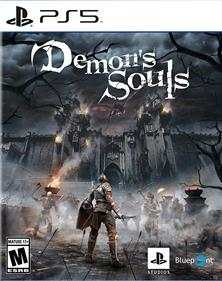 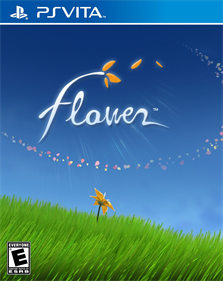 The pioneers that brought you the PLAYSTATION Network title flOw are back with another concept that challenges traditional gaming conventions. Flower expands the team's tradition of delivering simple gameplay, accessible controls and a medium to explore emotional chords uncommon in video games. In Flower, the surrounding environment, most often pushed to the background in games, is pulled to the forefront and becomes the primary "character." The player fades from an external and stressful world in the opening of this fresh and genuine game only for PS3, and journeys through beautifully vivid... 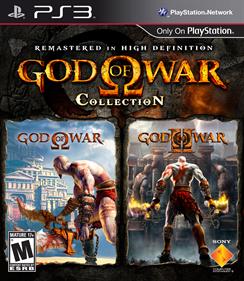 A must-have for action/adventure fans on the PlayStation 3 platform, the God of War Collection features both PlayStation 2 single player classics, God of War and God of War II. Remastered in high definition and re-released for play on the PS3 this collection allows both longtime fans of the series and those coming to it new to indulge in the addictive action and puzzle-solving fun of taking on the gods ruling the world of ancient Greek mythology. The God of War series, made up of God of War and God of War II, featuring the brutal yet tortured anti-hero Kratos, engrossing storylines based... 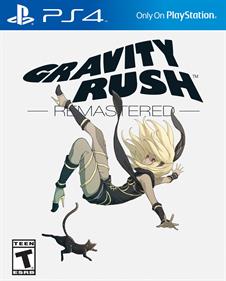 Gain a new perspective as Kat, a strong-willed girl trying to protect her future in a world that's crumbling to pieces. With incredible gravity-altering abilities, Kat is the only one who can salvage the floating city of Hekseville – if only she could remember who she is… Dive into a world of beautifully enhanced graphics to explore the unique 3D world, stunningly revamped from the award-winning PS Vita original. Manipulate gravity with the DUALSHOCK 4 wireless controller, using its built-in motion sensors to give you a new level of control. Enjoy extra missions, challenges and costumes... 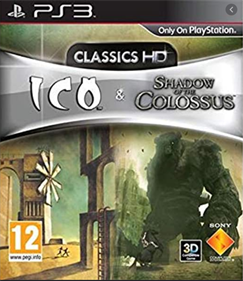 Two Award Winning Classics Return! Two of PlayStation® 2’s highly acclaimed action adventure games return and remastered in high definition for the PlayStation ® 3. Team ICO brings you the ICO and Shadow of Colossus Collection ICO™ Enter a world of enchantment and wonder, where once was, is nevermore. ICO, a mysterious boy, has been expelled from his village to an isolated castle. Within his confines, he begins to have eerie dreams of rescuing a young princess from the evil spirits that dwell within the fortress. Blurring the lines between fantasy and reality, ICO embarks on a quest to save...

The ICO and Shadow of the Colossus Collection

Two Award-Winning Classics Return! Remastered in HD with full stereoscopic 3D support, the ICO and Shadow of the Colossus Collection brings together two of the most highly-acclaimed single player video games of all time into a single package, playable on PlayStation 3. ICO: Enter a world of enchantment and wonder, where once was, is nevermore. Ico, a mysterious boy, has been expelled from his village to an isolated castle. Within his confines, he begins to have eerie dreams of rescuing a young princess from the evil spirits that dwell within the fortress. Blurring the lines between fantasy... 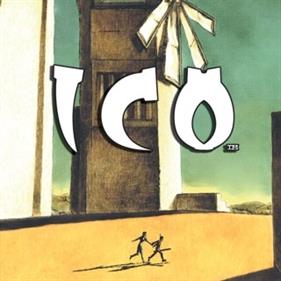 The player controls a boy named Ico, cursed by being born with horns on his head, and locked away in a remote empty castle by his village. Ico manages to free himself and comes across a young frail girl, Yorda, who is chased by shadowy creatures that try to drag her to a different realm. Ico helps Yorda escape, ultimately discovering that her mother is the Queen that resides in the castle and is trying to use Yorda to extend her own life. 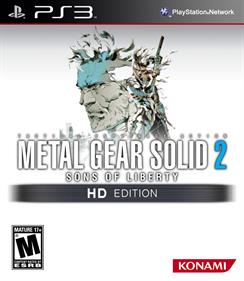 Technological data on the nuclear-armed walking tank, Metal Gear, leaks onto the black market. The legendary hero, Solid Snake, sets out in pursuit of a tanker carrying a new Metal Gear prototype. But Snake falls into a trap and is believed lost along with the tanker at the bottom of the Hudson River. Two years later, terrorists led by a man claiming to be Solid Snake seize control of the Big Shell, an oil spill cleanup facility. Responding to the crisis, the government sends Raiden, a new recruit within the special ops unit FOXHOUND, to infiltrate the Big Shell and rescue the US President as...

The year is 1964, the height of the Cold War. Naked Snake, an agent in the newly formed special forces unit FOX, heads into Soviet territory to help a Russian scientist flee to the West. However, Snake's mentor and mission advisor The Boss, a female soldier known as the mother of the world's special forces, defects to the Soviet Union, taking a miniature nuclear warhead with her. It's prompt use on a Russian research facility brings the world to the brink of war. Now, Snake must return to the USSR on a secret mission to kill his former mentor and avert full-scale nuclear war. 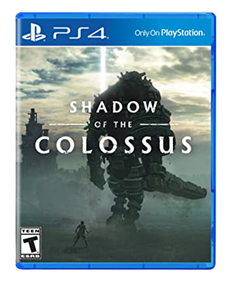 Shadow of the Colossus

Rebuilt from the ground up by Bluepoint Games and JAPAN Studio, SHADOW OF THE COLOSSUS on PlayStation 4 system introduces the awe of its unforgettable world and towering creatures to a new generation of gamers, while allowing long time fans to revisit the beloved masterpiece with unparalleled visual fidelity and improved performance. Tales speak of an ancient realm where Colossi roam the majestic landscape. Bound to the land, these creatures hold a key to a mystical power of revival – a power you must obtain to bring a loved one back to life. SHADOW OF THE COLOSSUS is a breathtaking... 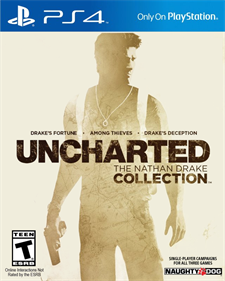 Uncharted: The Nathan Drake Collection combines the three PlayStation 3 blockbuster Nathan Drake adventures in one package. Included are the single-player campaigns for Uncharted: Drake’s Fortune, Uncharted 2: Among Thieves, and Uncharted 3: Drake’s Deception. Thanks to the power of PlayStation 4 hardware, all three games have been upgraded to run at 1080p and 60fps with better lighting, textures, and models. Also added are a range of improvements and additions including Photo Mode and new trophies.