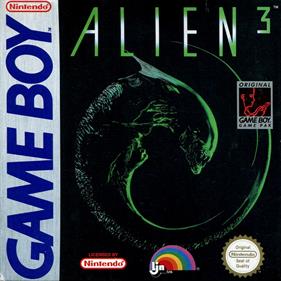 The Game Boy version of Alien³ differs significantly from the console games based on the third Alien film. Unlike the more shooter-oriented action on the consoles, this title is played from a top-down perspective, with a greater emphasis on exploration, acquiring items to beat limited puzzles, and survival. As Ripley, you must navigate the corridors of the Fury 161 prison, searching for items to aid your escape. Unlike the film it is based on, multiple Aliens are running loose and attacking the prisoners, plus an Alien Queen nesting in the furnace. The player must map out the labyrinthine... 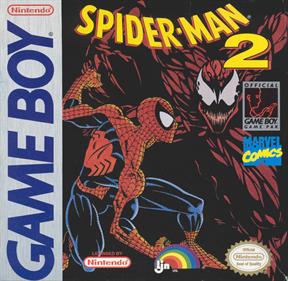 Whenever J. Jonah puts me on the front page, it's gotta be bad news... "Spider-Man Wanted In Daring Daylight Robbery!" Hmm, I don't need my spider-sense to know that something mysterious is going on here. Better get swinging if I'm going to get to the bottom of this mess... alive! "Wall climber! You are no match for my ghoulish Goblin Glider!" "I break more than just the laws of gravity, web-head!" Your spider-sense will be tingling until you solve this mystery. Ride the deadly Skull-Coaster in search of Carnage. 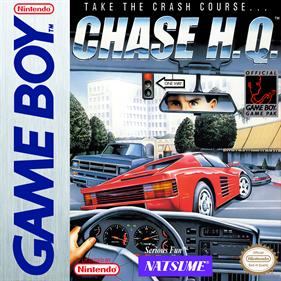 When H.Q. radios you the bad guy's stats, you don't just follow that car, you bash it. Or smash it. Or do anything it takes to rid the road of thugs. So stomp on the gas and feel the heat waves rise. This hot arcade hit gives you hundreds of miles of screaming, twisting LA highways to master. And never enough time to relax. At the start of each level the player is informed who they are pursuing, a great distance away: They must apprehend the criminal before their time limit expires. The criminal's car is constantly moving away, so if the player repeatedly crashes or drives too slowly,... 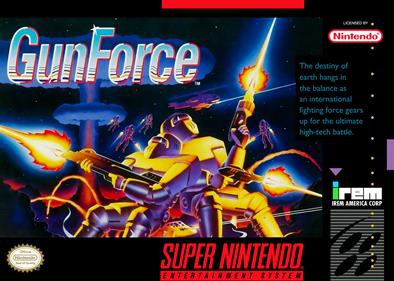 High-Tech Tactics Save Earth Enemy commandos are unleashing a diabolical plan to destroy Earth. The stakes have never been higher. The enemy has never been tougher. The destiny of every country on Earth hangs in the balance, and a call has gone out for a multi-national force of battle hardened fighters. This is the GunForce. They come from every corner of Earth. And they bring with them the ultimate fighting skills. But now they will face an enemy of cosmic strength and strategy. And they will be tested to the limit as they fight high-tech fighters through five challenging, action-packed... 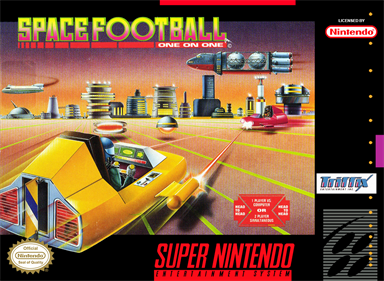 Space Football: One on One

These Armchair Quarterbacks Go 400 Miles Per Hour! Travel to exotic arenas throughout the galaxy and thrill to the cheers of millions! jump into the cockpit of your RetroGrav and get ready for the fastest most dangerous sport this side of the Milky Way! In Space Football, the object is to snare the roving hoverball and take it to your goal. But there are plenty of hazards to stop you from scoring! Magnetic flux fields that drain your energy, spincycles that twist you out of control and, of course, your well-armed opponent is waiting to slam your ship into permanent retirement! Play against... 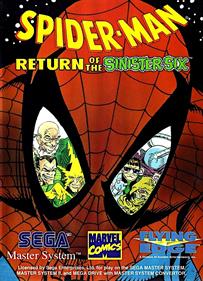 Spider-Man: Return of the Sinister Six

Doctor Octopus is planning the crowning caper of his criminal career... TO RULE THE WORLD! He has reunited the Sinister Six: Electra, Sandman, Mysteria, The Vulture and Hobgoblin. Nothing stands in the way of these reunited Super Villains... except your friendly neighbourhood Spider-Man! Can Spidey save the world? Are his super powers enough to defeat The Sinister Six or is this more than oven Spider-Man can handle? Only you hold the answer because YOU are Spider-Man swinging into the hottest Master System adventure yet! 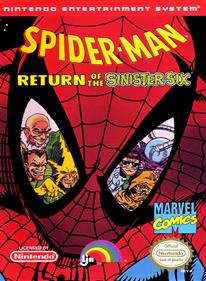 Spider-Man: Return of the Sinister Six

Doctor Octopus is planning the crowning caper of his criminal career... to RULE THE WORLD! He has recruited The Sinister Six: Electro, Sandman, Mysterio, The Vulture, and Hobgoblin. With these Super Villains together again nothing stands in their way... except your friendly neighborhood Spider-Man! Can Spider-Man save the world? Are his spider powers enough to defeat The Sinister Six or is this more than even Spidey can handle? Only you hold the answer because YOU are Spider-Man - swinging into your first NES adventure ever! 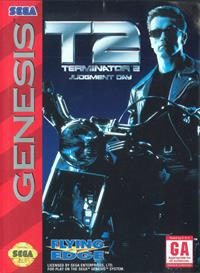 This adaptation of the movie is essentially a side-scrolling action game, with both melee combat and shooting; there are also driving sequences between the side-scrolling levels, which mainly consists of avoiding pursuers and safely arriving to the next destination. T-800's default weapon is a pistol, but he can later acquire other weapons such as a shotgun, a mini-gun, etc. The "good terminator" can also use kicks and punches to dispose of the enemies. As in the movie, T-1000 appears frequently and must be fought and incapacitated, but can not be permanently killed until the ending part. 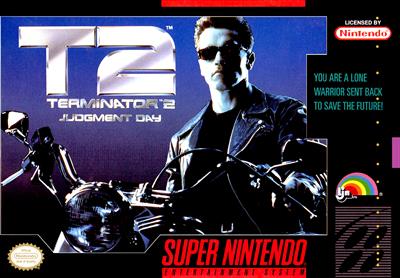 Destroy the shape-changing, body-slicing liquid metal T-1000! Race your Harley through an incredible 3-D map! Target trouble with your on-screen Head-Up Display! You are a T-800 Terminator: living tissue over metal endoskeleton, programmed to protect John Connor and armed with shotgun, machine gun, and blazing multi-barrelled mini-gun! Find John! Rescue Sarah Connor! Wipe out Cyberdyne Laboratories! Terminate the T-1000 in the ultimate metal-wrenching steel mill battle of the machines! The future is in your hands...