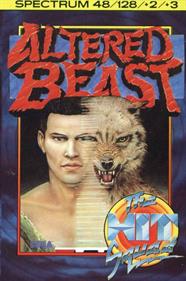 Altered Beast (??? Juoki?, lit. "Beast King's Chronicle") is a 1988 beat 'em up arcade game developed and manufactured by Sega. The game is set in Ancient Greece, and follows a centurion who is resurrected by Zeus to rescue his daughter Athena, and to do so becomes able to turn into beasts such as the werewolf with the use of power-ups. After its initial arcade release, it was ported to several home video game consoles and home computers, including the Mega Drive/Genesis, for which it was a pack-in game. 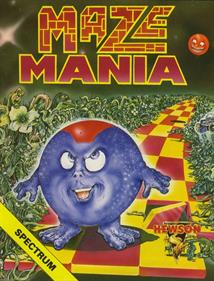 Maze Mania is a Pac Man variant. Flippo, the protagonist, has to solve a number of mazes by turning all tiles into a certain colour. He has to walk over them to turn them, but some of them turn every time he walks over them and other ones only turn when approached from a certain direction. Of course there are also enemies which try to hinder Flippo's progress: every contact with them lowers his energy and when it reaches zero, a life is lost. Spread over the levels are power ups which either give an extra life, extra energy or allow Flippo to kill his enemies at contact for a limited amount of...