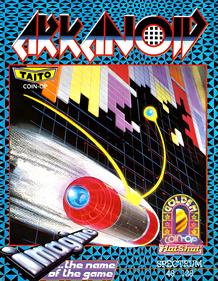 The era and time of this story is unknown. After the mothership "Arkanoid" was destroyed, a spacecraft "Vaus" scrambled away, only to be trapped in the void. You control the Vaus and have to penetrate 32 levels and then confront the "Dimension Changer" whom you must destroy in order to reverse time and resurrect the "Arkanoid". Frantic action and split second timing combine to produce the most addictive and compulsive game. 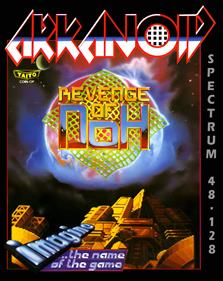 The mysterious enemy known as DOH has returned to seek vengeance on the Vaus space vessel. The player must once again take control of the Vaus (paddle) and overcome many challenges in order to destroy DOH once and for all. Revenge of Doh sees the player battle through 34 rounds, taken from a grand total of 64. Revenge of Doh differs from its predecessor with the introduction of "Warp Gates". Upon completion of a level or when the Break ("B") pill is caught, two gates appear at the bottom of the play area, on either side. The player can choose to go through either one of the gates - the... 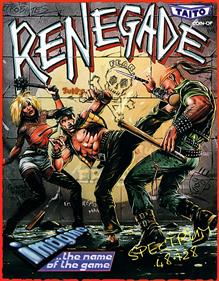 Renegade is a video game developed by Technos Japan and published in 1986 by Taito. Home computer versions were released for the Amiga, Apple II and IBM PC in North America and for the Amstrad CPC, ZX Spectrum, Atari ST and Commodore 64 in Europe. The American computer ports were developed by Software Creations and published by Taito, whereas the European computer ports were handled by Imagine Software and published by Ocean Software. In Renegade, the player controls a vigilante who fights a variety of street gangs on his way to save his girlfriend. 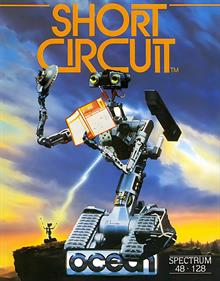 Number 5 is alive! - a robot in the SAINT (Strategic Artificially Intelligent Nuclear Transport) series has gone haywire. A million to one chance has resulted in a lightning bolt striking the automaton and bringing it consciousness. Now the scientist who put him together wants to take him apart again to find out what went wrong. The President of Nova Robotics wants to capture him before the weapons he is carrying kill millions of civilians - and the security chief wants to blow him up so that he can get home in time for dinner. You are Number five... You are alive and you aim to stay...