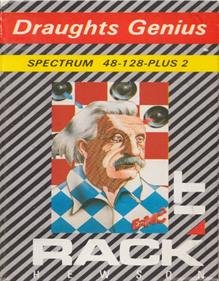 Draughts Genius allows you to play the computer at a game of Draughts. There are eight skill levels and you also have a choice of which colour you want to be. The game is viewed from a 3D 1st person perspective with the board seen at a slight elevated angle. The computer is depicted as Albert Einstein and he sits at the other side of the board. The idea of the game is to take all your opponent pieces by jumping over them into a empty square opposite it. You each take it in turns to move a piece diagonally and can only move forward. You have to take a piece if you can even if you don't want to.... 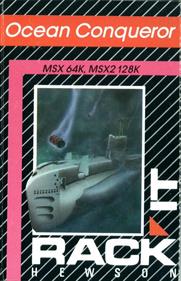 As a submarine pilot within a war, your task is to destroy enemy munitions convoys in your sector. There are eight destroyers and four transports to destroy, within a time limit of 18 hours. You are armed with torpedos and guided missiles (upon firing one, control inputs are applied to the missile, rather than the ship). You also have a long range radar and a static map with co-ordinates. Controls are complex, with the periscope and rudder coming under your direct control. 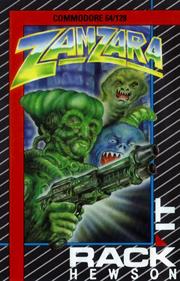 Zamzara is a side-scrolling platform shooter in which the player controls an alien of the same name. The object of the game is to escape from a laboratory before a bomb explodes. You have little time to trek through the lab to finally get to your ship, which you need to leave the complex. Along the way you'll encounter a bunch of nasty aliens and monsters which you will need to kill with your large arsenal of weapons. You are armed with fire weapons such a laser gun and rocket launcher.