3 Point Basketball is a simulation of the three point shooting contest, seen every year in the NBA All star game and other basketball contests. The game uses a mouse interface, where you determine the power and angle of your shot. Features include a tournament where you try to win the 3 point championship and a practice mode to work on your shots. The game parodies real players from the league, featuring an imaginary 'ASBA' league which includes, Jordy Michales, Mystic Johnson and Larry Fowl. Quirky commentary and sound effects add to the excitement. 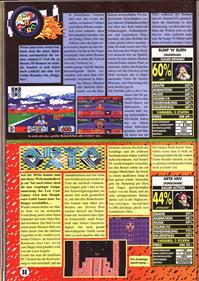 Arcy 2 is a puzzle game where you play for a certain contingent being (as a bolus), which must collect all bonuses keys in a certain room and get to the entrance of the following is the same room at the same time avoiding enemies (in the form of spiders) and dying. 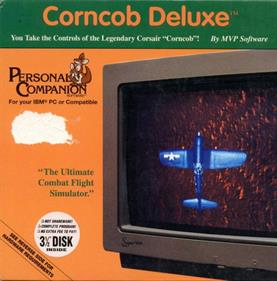 Corncob Deluxe takes place in an alternative history where World War II never happened. But all is not well. Instead of fighting Nazis, the world must deal with an even more deadly enemy...aliens. You take control of the Corsair "Corncob" and fight off the invaders in this sci-fi air-combat simulation.

Facing the Empire is an interstellar space war simulator. As a Lyran you must protect your Star Bases from the invading Morte Star Empire and drive them out of this sector of the galaxy. At first you need to build up your forces by constructing bases and researching the whereabouts of the Morte. Then you must hunt them down while defending your Colonies and Bases. Taking turns the player as the Lyran forces chooses destinations to search and when located the enemies to attack. The Computer as the Morte Star Empire and the player roll within the game engine to determine the outcome of the...

A system that supposedly allows you to create your own Sierra-like adventure game. However, although it features EGA graphics, walk-behinds, etc. I found the system to be limiting in many ways (besides the fact that it allows you to create ONLY adventure games) and that it wasn't easy or intuitive to use. Check it out, but be wary ... AGS is probably a better choice. 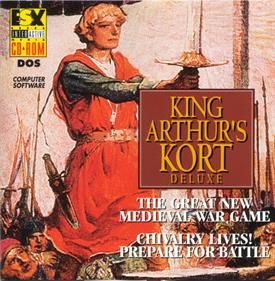 From the Manual: "King Arthur's K.O.R.T is an exciting game of conquest for all ages. You are a knight and your task is this: to conquer Britain. You can accomplish this task only if you defeat your 4 opponents. To do that, you'll have to be clever and attack the other knights with skill and cunning! When you capture a knight's home castle (identified on the map as as small castle with flags of his color) that knight is defeated. So, come on! You're a knight in King Arthur's K.O.R.T. and the time of conquest is NOW!" A strategy/campaign game in which you try to conquer Britain with one of 4...