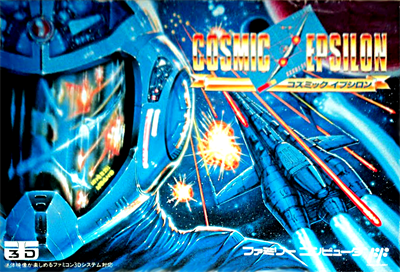 An alien menace from the Epsilon Empire threatens to destroy life on Earth as you know it! Take flight and blast your enemies down in this rail shooter that is reminiscent of Space Harrier. Cosmic Epsilon puts the NES through its paces with a stereoscopic 3D mode and advanced background scaling. 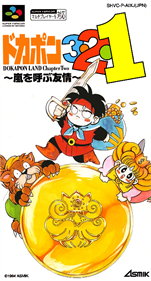 Dokapon 3-2-1: Arashi o Yobu Yuujou ("Dokapon 3-2-1: Fellowship of the Summoners of the Storm" (roughly)) is the second Dokapon game for the Super Famicom as well as the second overall. Like it predecessor, it follows a group of ragtag RPG heroes across a board game-like map as they attempt to outmaneuver each other and be the first to save the kingdom. Characters move around determinant on dice rolls and can acquire items and treasure depending on where they land. They can also get into fights with random monsters which raises their levels, though being defeated will cause them to lose a... 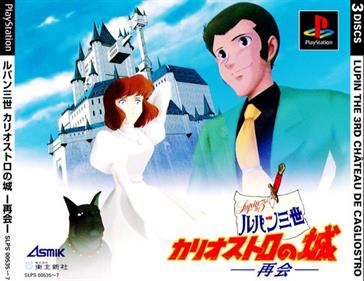 Ten years have passed since the events in the films LUPIN III: CASTLE OF CAGLIOSTRO. You, as Lupin, return to the tiny country to see how things have turned out, and of course to see Clarice. There are a fair amount of clips from the movie, as well as the Castle being totally rendered into 3D for you to be able to explore and poke around. While this game does have puzzles for you to solve, its main purpose seems to be to act as an interactive encyclopedia for the film. You are a tourist wandering around Cagliostro seeing the sites and gathering information about Lupin's exploits in... 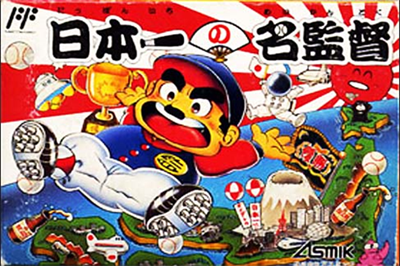 Nippon Ichi no Meikantoku is a baseball management game, where you take control of a team and manage it by controlling the player training and various other aspects of the team. You can watch games being played out and make changes during the match, such as changing the pitcher, outfield player positions and batting order. You start the game by creating your manager and entering your name, then you get a randomized number of attribute points to distribute for four different categories. After that, you choose a team to manage and five other teams to play against.