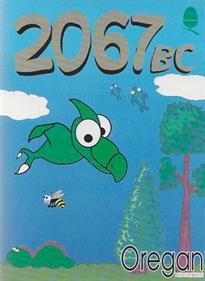 A game in which you play as a little green pterodactyl and must fly about dropping objects on other creatures to kill them. 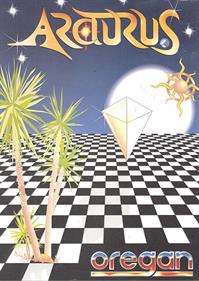 A sort of Marble Madness style game. Guide your craft around a landscape battling against momentum, holes in the floor and various enemies. 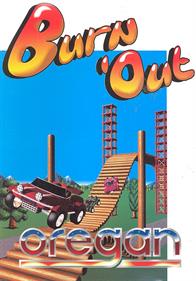 Burn 'Out is an arcade-style racing game where you drive a small buggy around a twisting, torturously undulating log track. To complete Burn Out you have to take part in a series of races, coming first, second or third in each race and finishing inside a time limit. You can start at either the first track or one of two later tracks - supposedly harder to start from, the idea being that if you start from the first track you can upgrade your car from the in-between level shop to the point where the harder levels are actually considerably easier by the time you reach them. You get money to buy... 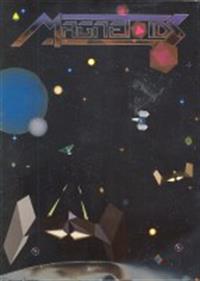 a space-based 3D vector shooter. You have a choice of two ships, one which rolls like the Elite ship and has two weak lasers, or one that yaws from side to side and has a more powerful single laser. Asteroids must be destroyed, as simply avoiding them results in them looping back and targeting you. You must also battle against alien ships and motherships which open to unleash attacking ships.as well. Some of the ships or the motherships, once destroyed, reveal small colour-coded diamonds which give you extra powers such as missiles, super speed, rapid fire, shields and extra ships.