An army has been conducting research into Monolith Gate, the door to the world of ‘Idea’. That door is controlled by Gale, a young boy who gives Jay, a soldier special power to travel to the other side to save his girlfriend, May. The special power grants the ability to control monsters by sucking up their souls. Once you've defeated a foe, you can make them into your ally for use during future battles. You can take up to two monsters with you on your treks into Idea, selecting from eventually over 100 beasts. 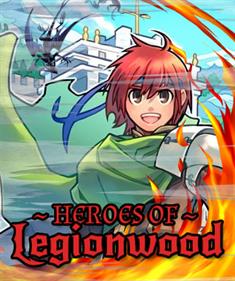 Heroes of Legionwood is an episodic fantasy RPG in set in a world on the brink of annihilation. Combining elements of modern western RPGs with the style and presentation of a classic JRPG, this is a journey no self respecting role player should miss! It has been 100 years since the world ended. Human civilization has been devastated by a malevolent force known only as the Darkness and only the last remnants of humanity remain. Playing the role of Locke, a young adventurer determined to save his people, you'll discover a world where your choices have consequences and every victory comes with...