0 results were found when searching the database for "Plasma Sword Nightmare of Bilstein". 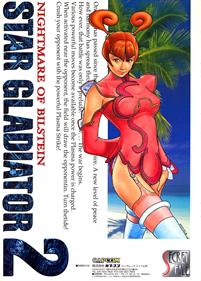 In the epic battle of the Final Crusade that had occurred from within last year, Hayato Kanzaki had slayed the evil Dr. Edward Bilstein and brought the end of the Fourth Empire's terror and destruction throughout the entire universe. The fall of the Fourth Empire and the death of its leader were momentous occasions of last year and that it had signaled the restoration of peace and happiness, but all is not well from within the universe. Rumors have been circulating about the unexpected return of Bilstein in a new cybernetic body, as well as the appearance of a ghost who eerily looks like... 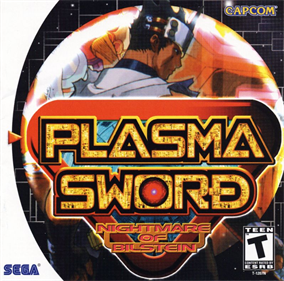 In a war torn future... Hundreds of years into the future and scientific advancement has put Earth on the brink of mental warfare. The manical terrorist, Dr. Bilsten, once thought dead, has been sighted on the planet Zeta, where he reportedly died in battle. Enter Plasma Sword, sequel to Capcom's critically acclaimed Star Gladiator. This surreal 3-D fighter features 22 stunningly rendered fighters with awe-inspiring moves, breathtaking combos and lightning fast gameplay. Now, a new legion of agile warriors forms to battle the next generation and unlock the new mysteries of Plasma Power.