Search Results for "The Eye of Typhoon"

2 results were found when searching the database for "The Eye of Typhoon". 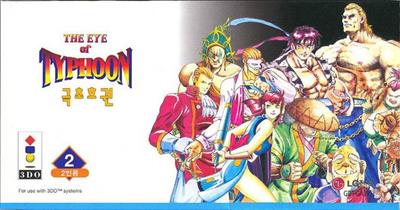 The Eye of Typhoon

There was a mysterious fighting art called Kuk-Cho-Ho-Kwon which had been inherited since the Myoung Dynasty. However, it has disappeared and there is nothing left but a legend. Many years have passed and Asian nations such as China and Korea are in the state of chaos.Upon hearing about the mystery of Kuk-Cho-Ho-Kwon, the strong Western powers are desperately trying to recover it. Because of this, many innocent fighters have been destroyed and the secret book of Kuk-Cho-Ho-Kwon is beginning to reveal its real images... Will Kuk-Cho-Ho-Kwon be resurrected? By whom...?

The Eye of Typhoon

Many years ago, during the times of the Myoung dynasty, a martial art known as Geuk Cho Ho Kwon prospered. Gradually, it became forgotten and was considered a mere legend by most people. But lately this mysterious technique resurfaced, as Asian countries began to grow weak, and Western powers strived to use the fighting art for their purpose. To decide the fate of Geuk Cho Ho Kwon, fighters from various countries came to compete in the ultimate championship and demonstrate their knowledge of the great art. Geuk Cho Ho Kwon is a versus fighting game. The game allows two players to compete...