0 results were found when searching the database for "Tiny Toon Adventures - Toonenstein - Geisterstunde!". 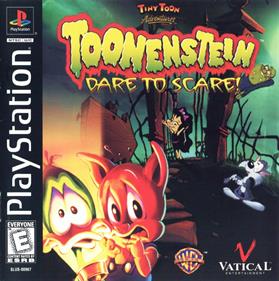 Toonenstein: Dare to Scare is a wacky new kids adventure game based on the Emmy Award-winning TINY TOON ADVENTURES animated series! Trapped inside Baroness Toonenstein's (Elmyra's) mansion, Furball with panicky pals Plucky and Hamton, must avoid getting their brains swapped with Elmyra's cuddly creation. In this haunted hide-n-seek, the only chance of escape is to redirect the mansion's "creepy" power and stop Elmyra in her monstrous machinations!