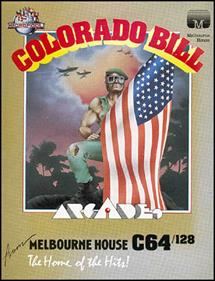 Bazooka Bill is on a mission to rescue General MacArthur who has been kidnapped by a nasty revolutionary faction, and to get to him, he must get through five levels shooting soldiers and choppers that drop bombs on him. He deals with them by mainly using his fists, although he can pick up a variety of weapons such as knives, machine guns, flamethrowers, and, of course, bazookas. All of these weapons have a limited supply of ammunition, so it is up to the player to use them wisely. Each level is completed when Bill finding the right position. 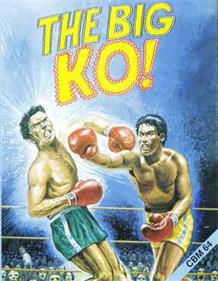 The Big KO! is a boxing game which gives you the chance to fight eight other boxers from Heap Big Nose to Cheap N' Nasty to become champion. You are able to name your fighter before showing you your stats of you strengths and weaknesses. The fight is shown from the side with the whole ring shown on the screen and your fighter is on the left. You can move left or right along the ring and you can either throw a left or right hook to your opponents head, or a left or right jab to his body. Every hit that connects gives the boxer a score and a KO bar increases but this decreases every time a punch... 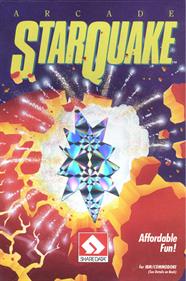 As BLOB, the Bio-Logically Operated Being, you are sent into an unstable planet and charged with the task of preventing it from exploding. This involves collecting various items (the exact combination is different every time you load the game) and taking them to the planet's core. The game is an arcade adventure viewed from the side, with 512 screens arranged in a 16x32 pattern. A teleport system exists, so once you find the codes you can get quick access to different parts of the game. The creatures to avoid are intelligent, getting tougher to predict as you get closer to the centre,... 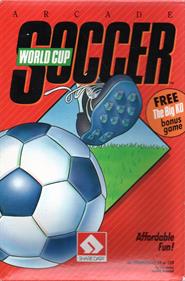 World Cup is a football game where you and seven friends can pick one of 10 teams and compete to get to the final and win it. The computer will play as the other teams not selected. The match action is viewed from the side above the pitch and the screen shows just a part of the pitch. The screen scrolls when a player moves with the ball. A joystick or keyboard can be used to control your team.