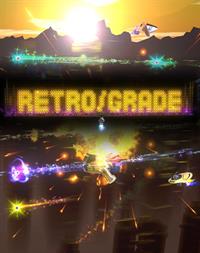 Retro/Grade is a rhythm game with a unique twist - time is flowing backwards! While it looks like a shoot 'em up in reverse, you must un-fire attacks to the beat of the music while avoiding enemy fire in order to save the space/time continuum. Otherwise, a temporal anomaly will rip the universe a new time-hole! 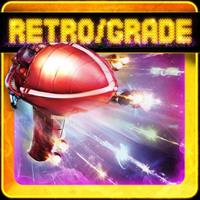 Rick Rocket has just saved the universe! Unfortunately, the massive destruction he left in his wake has caused a temporal anomaly that has reversed the flow of time. The player must assume control of Rick's spacecraft and fight through the epic space battle in reverse! Retro/Grade is an innovative game that fuses the white knuckle thrills and over the top visuals of a shooter with the broad appeal of a rhythm game. Players are forced to dodge enemy projectiles while positioning the ship to be in the correct place to fire their lasers when their shots come back to them.