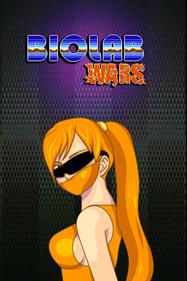 An alien lab experimenting on Earth? It's time to call the mercenary team on duty to sweep the invaders by firing, beating and bombing. Inspired by the 8-bit games and by the movies from the 80's, your goal is to blow things up, defeat aliens and fight bizarre bosses in this platformer 2D with classic mechanics.