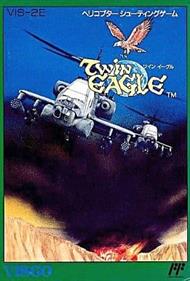 Joust is a platforming game where the player controls a yellow knight riding a flying ostrich from a third-person perspective. The player navigates the protagonist around the game world, which consists of rock platforms floating above a flat island surrounded by lava. 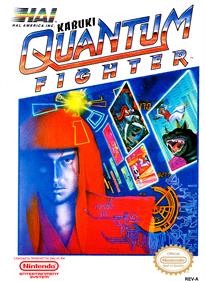 The setting - Earth, the future. The defense computer protecting the entire planet has been invaded by a constantly mutating, evolving virus. One lone volunteer has the courage to face the virus on its own ground. Converted to raw data and transferred into the circuits of the computer, the molecular structure of this brave warrior is transformed by the as-yet untested Image Transfer System. Into the circuits of the computer steps an unlikely hero - the Quantum Fighter! Six levels of challenging action, unequalled game control, and a surprising arsenal of weapons! 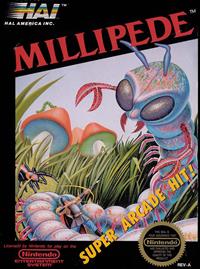 The gameplay of Millipede is similar to Centipede but differs mostly in enemies: Earwig: same as the scorpion in Centipede, making mushrooms poisonous so that the millipede will charge straight to the bottom of the screen after touching them. Bee: same as the flea in Centipede, dropping mushrooms in a vertical line and requiring two shots to kill. Spider: same behavior as in Centipede, bouncing irregularly across the lower portion of the screen. Multiple spiders can appear at the same time on higher levels. Inchworm: when hit, slows all enemies for a short period of time. Beetle: crawls... 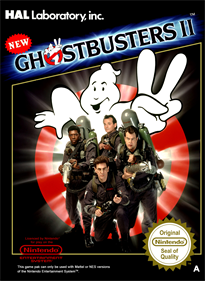 The world-wide hit movie is now available on the Nintendo Entertainment System! Capture the ghost that haunted New York City in this comedy-action-adventure. Six stages in all, including a Courtroom, the Subway, the Art Museum and more! 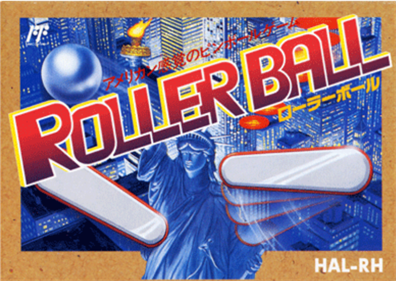 ROLLERBALL - The action-packed Pinball Game with the distinctly American touch! New from HAL America, Rollerball brings you two new games in one! SKYSCRAPER is a fast-paced, realistic Pinball Game on four vertically-scrolling screens, for one to four players. MATCHPLAY is a one-on-one game for two players that will test any Pinball Wizard! A brand new type of game for the kids, a familiar old friend to dads and moms. Finally, a game dad can play, and win! And, Rollerball won't TILT! 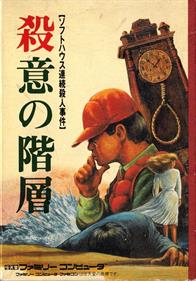 Satsui no Kaisou is an adventure game developed by Hyperware and published by HAL for the Famicom. It was never released outside of Japan, or translated into any other language. It is a mystery game in which you take the role of a boy who is trying to solve a murder. Players must speak with the right people, say the right responses, and investigate the right things at the right time to complete the game. It is very difficult and players, even those with good knowledge of Japanese, often find that they need a strategy guide to clear the game. 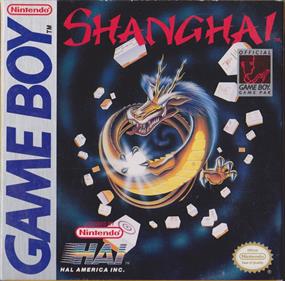 Steady your nerves and concentration. You're about to play Shanghai! Shanghai is based on an ancient game that's over 25 centuries old. Over the years since, it has been a favorite of pirates and smugglers, flappers and gangsters, of working men and the well-to-do. Now you can play it too! The game is simple... the strategy complex. Remove 144 tiles from a pyramid; two matching tiles at a time. But be careful. Remove the wrong two tiles and you're left with no more matching pairs... game over! It's a game everyone can play and enjoy.