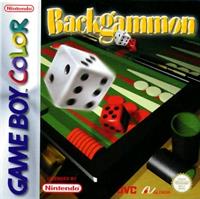 Backgammon, the world's most widely played and recognised board game just got portable. The ultimate game of chance and skill now available on Game Boy, chose from 3 modes of play including "Tournament, Free and Vs Match" and 6 difficulty levels.