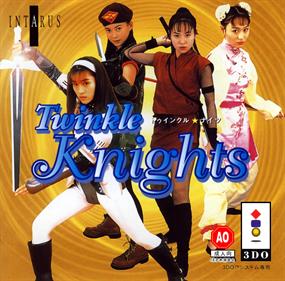 Twinkle Knights is a full motion video card battle fighter that gives you a mere four opponents and five chances to strip each from their fantasy get-ups using a dirt simple card battle system. Marina, Kaori, Haruka and Miyuki are all here and waiting to take on all comers